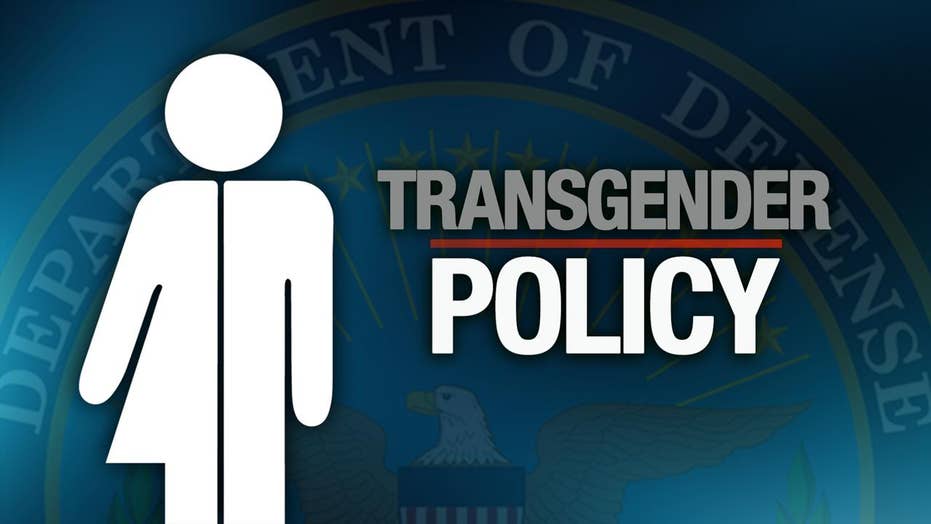 On 'Special Report,' Jennifer Griffin reports on how the issue has sparked a deep divide among service members

It's been nearly three weeks since President Donald Trump’s startling announcement that transgender people were no longer welcome in the military “in any capacity,” catching the Pentagon off-guard.

And yet, the next steps are still unclear.

A Pentagon spokesman said Monday the Defense Department still had still not received any written notification from the White House.

“We are waiting on the president's direction,” Defense Secretary Jim Mattis said later in the day, during an impromptu press conference at the Pentagon. “The fact is, we have received no direction that would indicate any harm to anybody right now."

Late last week, Trump doubled down on his order that transgenders must leave the military, saying the decision would help the armed forces.

But that same day, the president's new Navy secretary indicated he welcomed transgender service members into his ranks.

"We will process and take direction of a policy that is developed by the secretary from direction from the president and march out smartly as I said before on a fundamental basis, any patriot that wants to serve and meets all the requirements should be able to serve in our military," said Secretary Richard Spencer while visiting the fleet in Norfolk, Va.

FILE PHOTO:U.S President Donald Trump salutes a Marine during a departure from the West Wing of the White House in Washington, U.S., May 16, 2017. REUTERS/Joshua Roberts/Files - RTX3CZXI (REUTERS)

The conflicting statements seem to show there is still pushback among the military ranks on Trump’s order. Spencer’s statement was particularly surprising given how the military is so strict about following the chain of command.

“The service secretary is not supposed to question the orders of the commander in chief,” a defense lobbyist told the Hill.

Just one day after the president's announcement in late July, the U.S. military's highest ranking officer, the chairman of the Joint Chiefs of Staff, Gen. Joseph F. Dunford, Jr. in a memo to his service chiefs appeared to push back on the president's tweet banning transgender service members.

"There will be no modifications to the current policy until the president's direction has been received by the secretary of defense and the secretary has issued implementation guidance. In the meantime, we will continue to treat all of our personnel with respect," Dunford said, Fox News has learned.

On August 1, the head of the U.S. Coast Guard personally placed phone calls to openly transgender members of the Coast Guard.

In the last week, five transgender service members have begun legal proceedings to halt the president from banning them from serving.