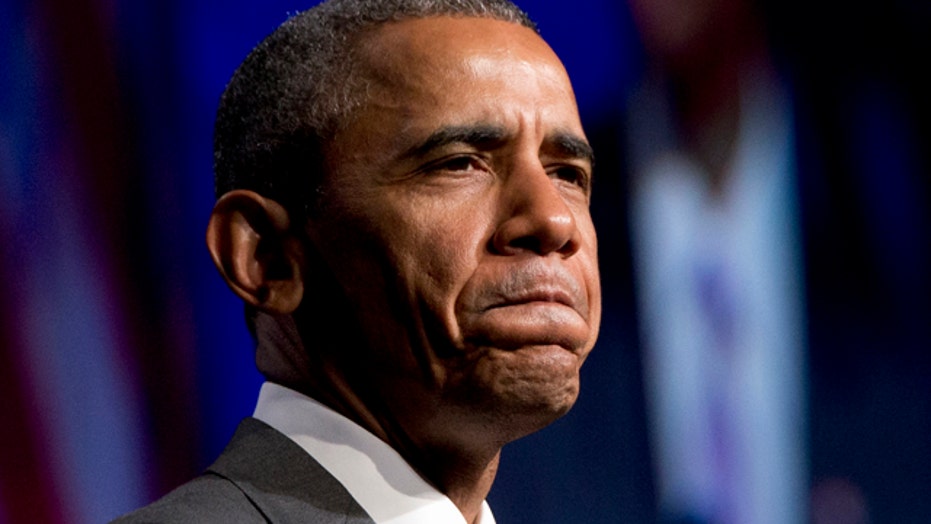 What's the backup plan if the Supreme Court guts ObamaCare?

President Obama's top health official testified Wednesday that if the Supreme Court issues a ruling that upends the Affordable Care Act, it's up to Congress and the states to figure out a solution.

Health and Human Services Secretary Sylvia Mathews Burwell, testifying before the House Ways and Means Committee, addressed questions over what will happen if the court rules against the administration on the health law.

A decision is expected in days on whether insurance subsidies can legally be distributed to customers who buy insurance through the federal HealthCare.gov -- as opposed to those getting insurance through state-based exchanges. If the court rules against the administration, millions of people stand to lose their current subsidies.

Burwell made clear that the administration is not offering an alternative plan at this point, and instead wants Congress and the states to work it out.

"If the court says that we do not have the authority to give subsidies, the critical decisions will sit with the Congress and states and governors to determine if those subsidies are available," she testified, adding that the administration would be "ready to communicate" and work with states to "do everything we can."

In advance of a decision, Republican congressional leaders say they are preparing for the possibility that a huge chunk of the subsidies could be invalidated. While Obama would want Congress to simply tweak the law to allow for subsidies to cover Americans in all exchanges, it's unclear whether the congressional response would be that simple.

"Depending on what the Supreme Court decides, we will have a proposal that protects the American people from a very bad law," Senate Majority Leader Mitch McConnell, R-Ky., told Fox News' Bret Baier on Tuesday, without going into detail.

"Whatever the Supreme Court decides this month, I think the lesson is clear. Obamacare is busted. It just doesn't work. And no quick fix can change this fact," Ryan said in prepared remarks, renewing the call to "repeal and replace" the law.

His criticism comes as health insurers in many states have proposed double-digit rate increases for next year -- which Republicans cite as evidence of the law's failures, an assertion Democrats reject.

More than 30 states use the federal website and millions of their residents could lose subsidies -- which they receive as tax credits -- and be forced to drop health coverage they'd find too expensive.

Rep. Sander Levin of Michigan, top Democrat on the Ways and Means panel, said in prepared remarks that "predictions of doom and gloom from the other side have certainly not come to pass. No rationing, no destroying Medicare, no bankruptcy."

Obama also said Tuesday that his law was now embedded in the country's health care system and said the court shouldn't have accepted the case. He also mocked "unending Chicken Little warnings" from opponents who warned that the law would abridge people's freedom.

"There's something, I have to say, just deeply cynical about the ceaseless, endless partisan attempts to roll back progress," Obama said at the Catholic Hospital Association conference.

A court victory by the conservatives could put disproportionate political pressure on Republicans to help those who've lost subsidies. Of the 34 states likeliest to be most affected by such a ruling, 26 have GOP governors. And 22 of the 24 GOP senators up for re-election next year are from those same states.

Obama has said a "one-sentence provision" could repair the problem if the court bars subsidies for states without their own marketplaces, but Republicans have rejected that approach.

Instead, top House and Senate Republicans have been working privately toward legislation restoring aid to those losing it until sometime in 2017. It would also eliminate parts of the health overhaul, such as its requirement that companies insure workers. That would almost certainly draw a veto from Obama.

Republican lawmakers say they will unveil their plan once the justices rule, though there are no indications they have united behind a particular plan. They hope a Republican will inhabit the White House in 2017 so they can repeal the current law and enact one less expansive.