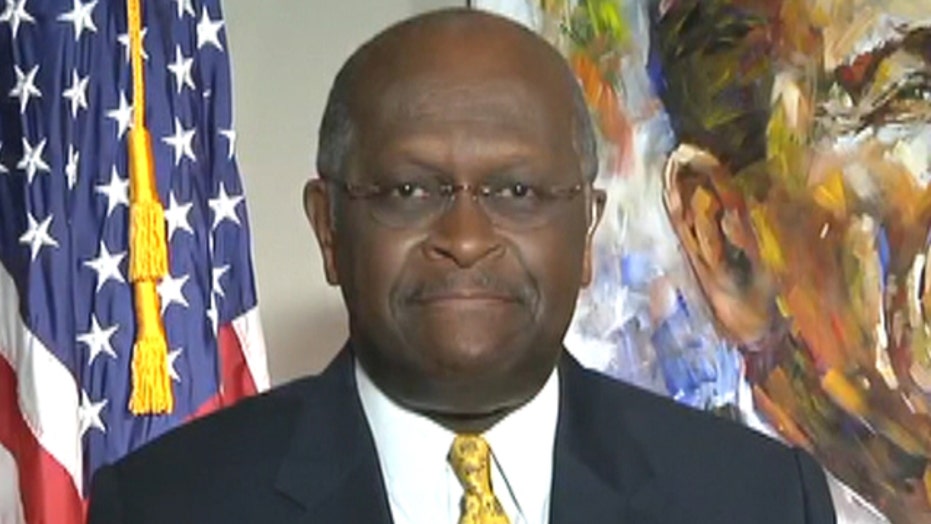 Former presidential hopeful Herman Cain warned Republican congressional candidates Wednesday to watch out for "vicious" attacks from a Democratic Party he said has "nothing to run on" in November.

"I believe these midterm elections are going to be some of the most vicious, nasty, false attacks on Republicans that we've ever seen in history," Cain said on Fox News' "America's Newsroom."

"The Republican candidates are going to have to be sharper … in order to counter the nastiness that I expect coming from Democrats all over the country."

Cain said he thinks Republicans can pick up the six seats needed to win the Senate majority, but only if the party unites behind one strong message -- amid a string of bitter GOP congressional primaries.

"It's going to depend upon ... all of the Republican candidates having a very clear, sharpened message about the issues relative to the conservative principles that people are looking for, especially undecided voters and independents," he said.

Cain credited low voter turnout and other factors for recent Republican incumbent victories over Tea Party challengers, despite a congressional approval rating of 14 percent according to the latest NBC News/Wall Street Journal poll.

"I think the dissatisfaction is growing, but it's not necessarily translating at the ballot box so far," he said. "It does indicate that incumbents are going to have to be much sharper with their message and consistent with the conservative message if they are to survive."

Meanwhile, the Tea Party movement saw mixed results Tuesday, in keeping with how it has done so far this year.