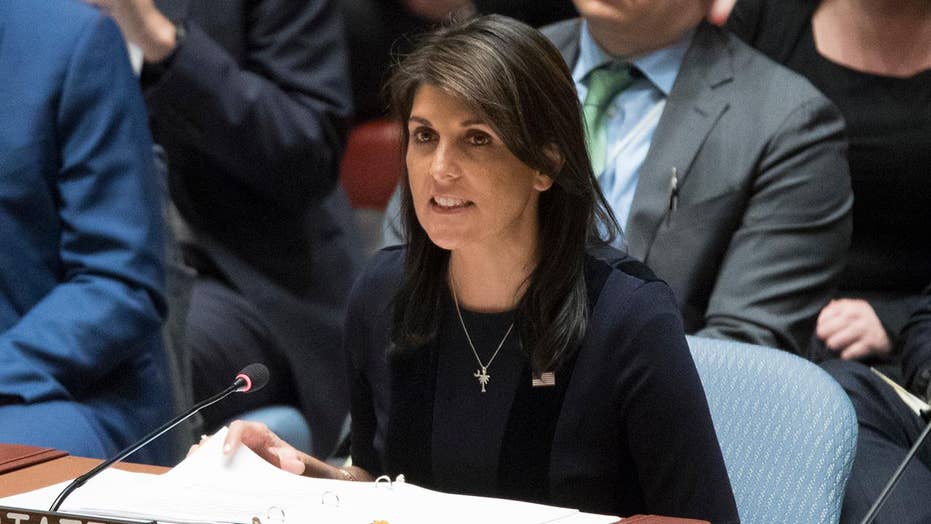 Amb. Nikki Haley: Russia must account for its actions

U.S. ambassador to the United Nations says Russia must fully cooperate with the U.K.'s investigation into the assassination attempt of former Russian spy Sergei Skripal.

U.S. Ambassador to the United Nations Nikki Haley called Wednesday for the Security Council to take action against Russia over the poisoning of a former spy and his daughter, labeling the attack an "atrocious crime."

Haley said that the U.S. "stands in absolute solidarity with Great Britain" and supported the U.K. government's conclusion that the Russian state had targeted Sergei Skripal and his daughter Yulia.

"The Russians complained recently that we criticize them too much," Haley said. "If the Russian government stopped using chemical weapons to assassinate its enemies ... We would stop talking about them."

Haley pointed out that Moscow had repeatedly provided diplomatic cover for the use of chemical weapons in Syria's civil war by the Bashar Assad regime and warned that the Security Council's credibility "will not survive if we fail to hold Russia accountable."

"If we don’t take immediate, concrete measures to address this now, [Britain] will not be the last place we see chemical weapons used," Haley said. "They could be used here in New York, or in cities of any country that sits on this Council."

Earlier Wednesday, British Prime Minister Theresa May announced that she had expelled 23 diplomats, severed high-level contacts and vowed both open and covert action against the Kremlin in response to the March 4 attack in the city of Salisbury in southwestern England. 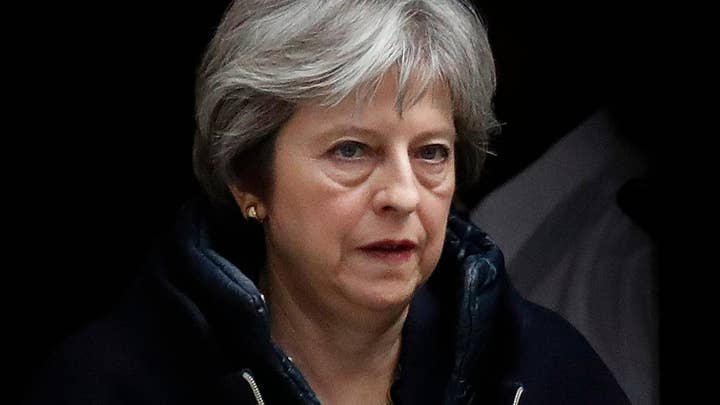 May told the House of Commons that the mass expulsion was the biggest in 30 years and would "fundamentally degrade Russian intelligence capability in the U.K. for years to come." The prime minister had previously set a midnight deadline for Russia to explain how the nerve agent Novichok, developed by the Soviet Union, was used against the Skripals -- a deadline Moscow ignored.

"This latest action by Russia fits into a pattern of behavior in which Russia disregards the international rules-based order, undermines the sovereignty and security of countries worldwide, and attempts to subvert and discredit Western democratic institutions and processes," Sanders said. "The United States is working together with our allies and partners to ensure that this kind of abhorrent attack does not happen again."

At the U.N., Britain's deputy ambassador said the British government had asked the international chemical weapons watchdog to verify its conclusions about the attack.

"We have no choice but to conclude this was a state-sponsored act against the prohibition and use of chemical weapons and in defiance of international law," Jonathan Allen said.

Russia has repeatedly dismissed Britain's charge that it targeted the Skripals. On Wednesday, Foreign Ministry spokeswoman Maria Zakharova cited a lack of video footage in claiming the Kremlin is being framed.

Russia has also claimed that Britain has bucked international procedure in the case by not providing Russia information.