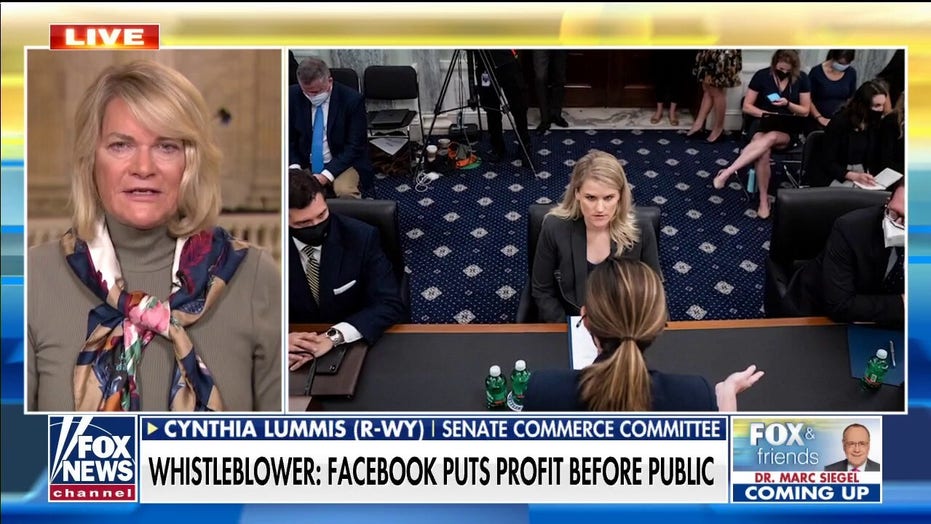 FIRST ON FOX: A group of Republican senators led by Cynthia Lummis of Wyoming will introduce legislation Thursday that would require federal government employees to return to in-person work amid complaints that agencies like the Social Security Administration (SSA) are so backed up with applications that many Americans are having to go without benefits.

The Having Employees Return to Duty Act of 2021, or HERD Act, would require all federal employees who have been vaccinated against COVID-19 under President Biden’s vaccine mandate, with the exception of the Department of Defense, to return to their work stations and to hours they worked prior to February 15, 2020, when coverage by the Paycheck Protection Program began at the start of the pandemic.

"It’s long past time for federal workers to be back in the office helping the people of Wyoming and constituents across the United States. There is a huge casework backlog, and that is negatively impacting our veterans, our seniors, our business owners and American citizens," Lummis told Fox News in a statement. "It’s time to put aside politics, follow the science and get back to work. Americans across the country have been returning to in-person work, and the federal bureaucrats who work for them should do the same."

The bill states that federal agencies are allowed to implement social distancing guidelines in locations that are seeing substantial transmission of COVID-19.

The senators said constituents had complained about being unable to get paperwork or casework completed when dealing with agencies like the SSA because the staff isn't at its offices.

"I’ve heard from families across Florida who are facing issues due to backlogs at federal agencies," Sen. Rick Scott, R-Fla., said. "Americans everywhere are expected to go to work each day and are able to do so safely. The federal government shouldn’t be any different. We must get the government back to work for the American people, and I hope all of my colleagues will support this good bill."

All SSA field offices across the country were closed for in-person service on March 17, 2020, and many still remain closed today. The agency saw a sharp decline in applications for disability insurance and Supplemental Security Income, a benefit program for low-income disabled or elderly people, The New York Times reported in May.

"The drastic drop in S.S.I. applications and awards is deeply disturbing," Nancy Altman, president of Social Security Works, an advocacy group, told the newspaper at the time. "Generally, those numbers rise in a recession. It means that too many poor seniors and people with disabilities are not getting the help they desperately need."

Sen. Rick Scott, R-Fla., speaks alongside other Republican senators during a press conference on rising gas and energy prices at the U.S. Capitol on Oct. 27, 2021 in Washington, D.C. (Photo by Samuel Corum/Getty Images)

In July, the Office of the Inspector General for the SSA released a report detailing different types of processing backlogs that arose during the pandemic, affecting thousands of pieces of mail dating back to 2020 in some cases.

One facility had more than 9,000 unprocessed documents dating back to November 2020, some of which were necessary to establish eligibility for Social Security payments, according to the report.

Another facility had 200,000 pieces of returned, unprocessed mail, which the report noted could require action like suspending or terminating benefits.

A spokesperson for the SSA told FOX Business at the time that once it learned of the issue, the acting commissioner decided to stop requiring the public to mail sensitive documents and directed a review of mail improvements to implement improvements.

Rep. Chris Jacobs, R-N.Y., recently led a group of 51 lawmakers in calling for the SSA and American Federation of Government Employees (AFGE) to immediately develop a plan to relaunch in-person services.

"While most businesses and government agencies have resumed in-person services for Americans, the Social Security Administration has failed to provide a timeline or even a plan to reopen their 1,500 field offices," Jacobs said in an Oct. 12 news release. "Millions of Americans struggle with access to reliable internet or phone services, which imperils their access to their benefits and help they need. It is time for the Social Security Administration to restore the in-person customer service our constituents deserve."