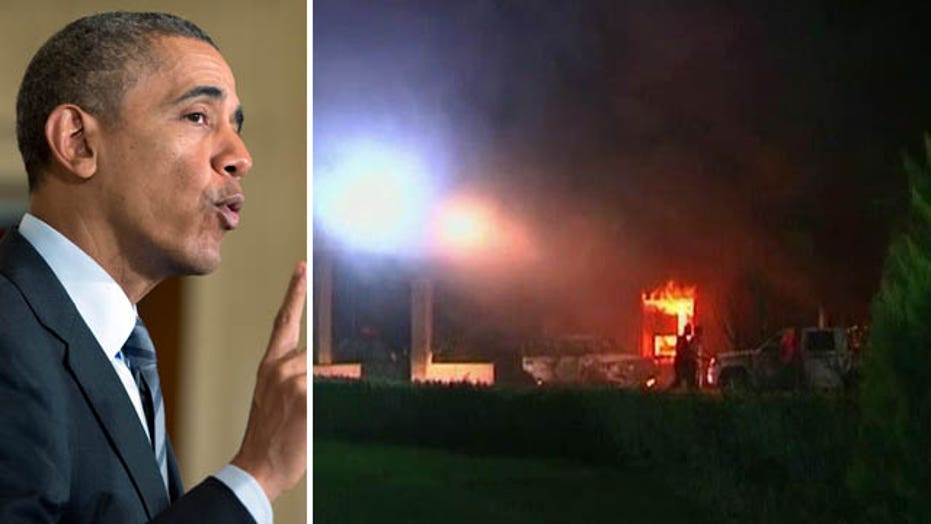 Obama: Benghazi was 'not some systematic attack'

Republican senators are questioning President Obama over claims he made about the Benghazi terror attack during an interview on Sunday with Fox News' Bill O'Reilly.

During the interview, Obama rejected the notion that his administration tried to "hide the ball" about the nature of the attack -- by blaming protests over an anti-Islam film. Obama noted he described the attack as an "act of terror" the day after.

But the GOP lawmakers, in a letter to the president, took issue with Obama's comments, given the numerous times that he and other officials avoided calling the attack terrorism in the initial days.

They noted that Obama, despite initially describing the attack as terror, declined to do so during an interview on CBS' "60 Minutes." He also declined to use the term during an appearance on "The View."

The senators added, "for more than a week after the attack, your administration continued to blame the terrorist attack on the hateful video and a supposed protest." They asked for clarification.

Click for more from the O'Reilly interview with Obama.