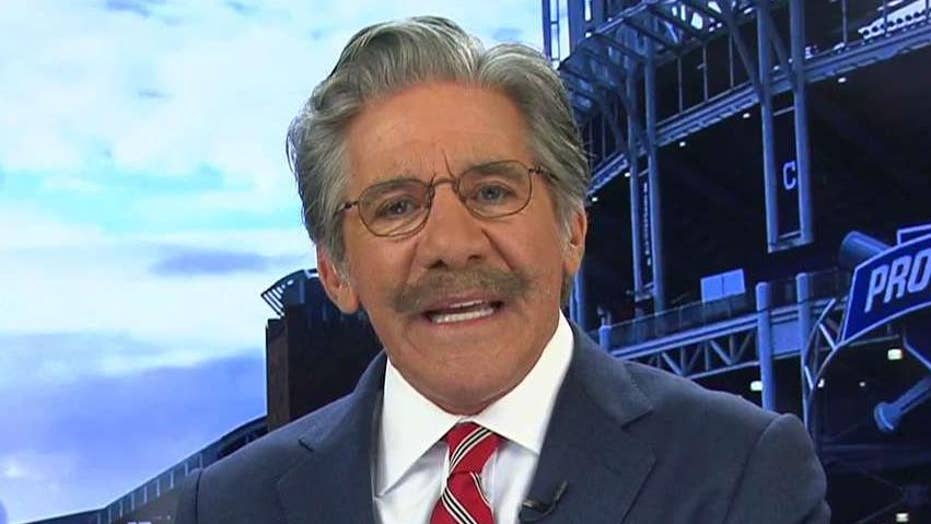 Geraldo Rivera: Closing the southern border would be 'enormously disruptive'

Fox News correspondent-at-large Geraldo Rivera warned Monday that President Donald Trump's threat to close the southern border would bring “even more chaos than we have now.”

“I think there needs to be a summit right now between the president of the United States, the president of the Republic of Mexico, and of the affected Central American nations you have cited; Guatemala, El Salvador, Honduras," Rivera said on “Fox & Friends” Monday. "They have got to get them in the same room and say ‘listen, you have a responsibility to your own citizens. This is not the answer to your problems. You can’t send all of your problems to us.'"

Rivera added, “I just urge prudence when it comes to these harshest blows. Closing the border will affect so many innocent people, so many legitimate legal people that I don’t think it’s worth it.”

The president repeatedly threatened last week to take action at the border and claimed that Mexico wasn’t doing anything to help prevent “the flow of illegal immigrants to our Country.” He also accused multiple Central American nations of doing “nothing.”

“The Democrats are allowing a ridiculous asylum system and major loopholes to remain as a mainstay of our immigration system. Mexico is likewise doing NOTHING, a very bad combination for our Country. Homeland Security is being sooo very nice, but not for long!” the president tweeted on Monday.

Making good on a longstanding threat, President Trump moved over the weekend to cut direct aid to El Salvador, Guatemala and Honduras, whose citizens are fleeing north and overwhelming U.S. resources -- including as part of organized caravans that the White House has warned may eventually lead to the closure of the entire southern border with Mexico.

"Mexico is doing NOTHING to help stop the flow of illegal immigrants to our Country. They are all talk and no action. Likewise, Honduras, Guatemala and El Salvador have taken our money for years, and do Nothing. The Dems don’t care, such BAD laws. May close the Southern Border!" the president tweeted last Thursday.

The dramatic step to cut aid to Central American countries comes just days after Mexican Interior Secretary Olga Sanchez Cordero warned ominously that "the mother of all caravans" could be coming soon from the three nations.

“According to the commissioner of CBP, there were 4,000 apprehensions in one day alone this past week and we are on pace for 100,000 apprehensions on our Southern border this month. That is by far a greater number than anything I saw on my watch in my three years as secretary of homeland security,” said Johnson, who worked in the Obama administration.

Rivera said Johnson “is right” and agreed that there is a crisis at the border. Rivera then described what he thinks should be done to address the situation.

“It’s easy to be compassionate and it’s easy to be outraged at these scenes,” Rivera said. “But the question is ‘what is the solution?’ The President now has said he’s going to take the draconian step of closing the border, the entire border including the ports of entry. That would be enormously disruptive on both sides of the border, businesses will suffer millions and millions of dollars in lost revenue, I think it would be even more chaos than we have now in terms of cutting off all aid to the affected countries in Central America.”

“I think the key to the border lies in the home countries of these desperate people, desperately poor people, we have to improve the conditions in their country so they don’t make this dangerous trek and flood over our borders, disrupting everything and upsetting everyone,” Rivera continued.

Rivera also responded to U.S. Rep. Alexandria Ocasio-Cortez’s appearance on MSNBC Friday, when she discussed the Green New Deal and the dire world she's convinced lies ahead for Americans if climate change is not addressed.

“So this issue is not just about our climate. First and foremost we need to save ourselves. Period. There will be no future for the Bronx. There will be no livable future for generations coming, for any part of this country in a way that is better than the lot that we have today if we don't address this issue urgently and on the scale of the problem,” said Ocasio-Cortez.

The freshman congresswoman also said Hurricane Maria and the devastation caused on Puerto Rico was a sign that climate change problems are “here,” invoking the Sept. 11, 2001, terror attacks and criticizing the government for the lack of response.

“You know that this is here. This is not something that's coming. ... On the events of September 11 2001, thousands of Americans died in one of the largest terrorist attack on U.S. soil. And our national response -- whether we agree with that or not -- our national response was to go to war in one, then eventually two countries. Three thousand Americans died in Puerto Rico in the aftermath of Hurricane Maria. Where’s our response?” Ocasio-Cortez said to loud applause.

“I’m filled with admiration and respect for her (Ocasio-Cortez). I love her exuberance, her youthful exuberance. I love that she talks truth to power. But I covered 9/11. 9/11 changed all of our lives for the worse,” said Rivera in response.

“Hundreds of thousands of lives were affected in a very negative way, people with these diseases and so forth from 9/11. You cannot compare an act of nature, however exuberant your rhetoric, to an intentional mass murder of the American people.”

Rivera then went on to call the circumstances surrounding Hurricane Maria “a fiasco, not so much of the federal aid but of the criminally corrupt local utility that allowed those power poles to rot and hired the worst people.”

Rivera added, “And so for the congresswoman...we love that she’s a great role model, she is my home girl from the Bronx, three of my grandchildren live in her district. I cannot say enough about how fresh the breeze she has brought. But in this case, her exuberance has gone a step too far. It is insulting to the victims of this terrible mass murder that happened in downtown Manhattan, and in Washington and the field in Pennsylvania. For shame. Let’s control the rhetoric. You are much more effective when your facts match your eloquence,” Rivera said.