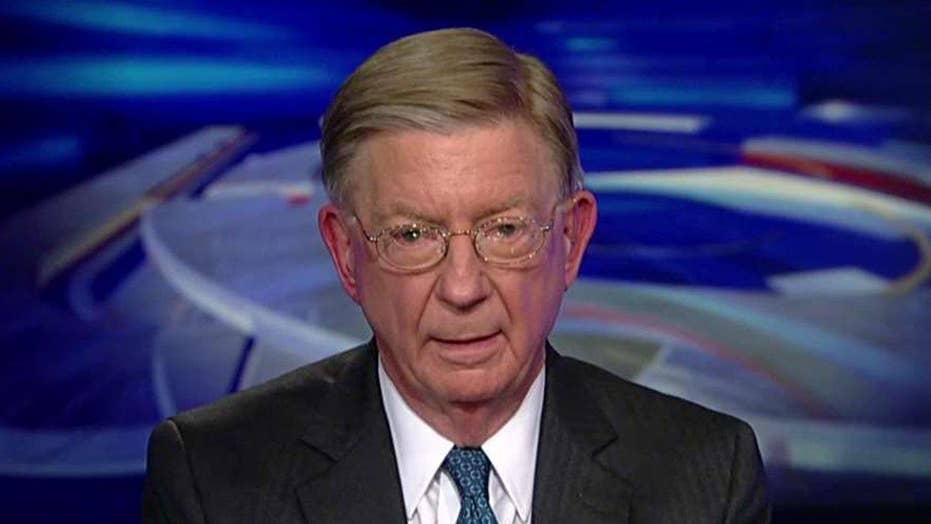 George Will: Terrorism is not a priority

George Will: Terrorism is not a priority

"Below Iran, below North Korea, below China and [the] South China Sea, below the dismemberment of a European nation by nuclear- armed [Russian President Vladimir] Putin," Will said on "Special Report with Bret Baier."

Will was reacting to Monday's truck attack on a Christmas market in Berlin, Germany that left at least 12 people dead and 48 others injured. He blamed the string of recent Islamist terror attacks in Europe on the continent's proximity to the Middle East.

"Europe is not separated [from the Middle East] by a broad ocean, as we are," Will said. "So these telegenic and awful attacks, as they are, are a long way from us and a long way from being the most serious threat that the president-elect faces."