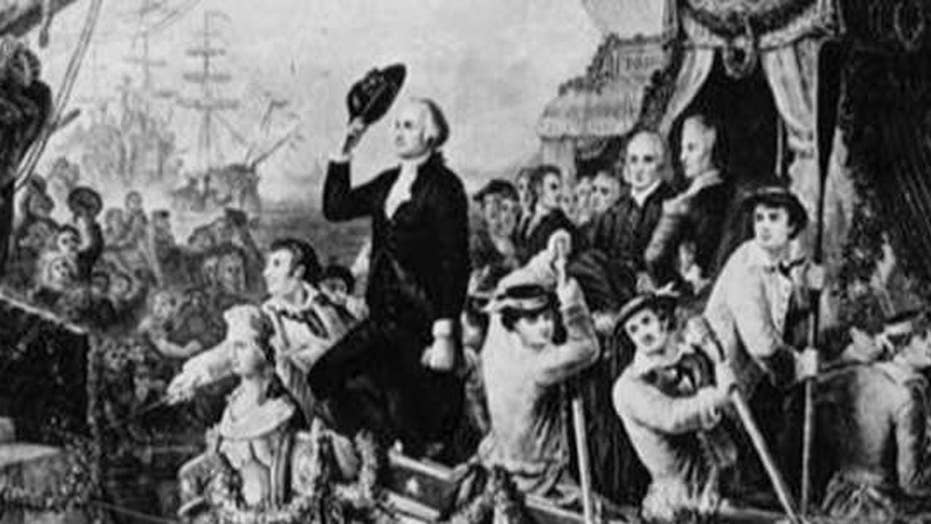 How an 'awkward moment' launched an inauguration tradition

WASHINGTON – George Washington had to walk home after his ended. A drunken mob wrecked the White House after Andrew Jackson’s. And legend has it that at his, William Henry Harrison caught the cold that eventually killed him.

Presidential inaugurations – long known for stirring speeches and decked out galas – also sometimes bring about the unexpected. Plans for President-elect Donald Trump’s swearing in have been in the works for months – security agents have been deployed, parades have been planned, marches and protests have been organized.

But, if the past is any indication, there could be a surprise or two in store for perhaps the most unpredictable president in modern history.

“This is the first time we see the president in action, and it’s also a big show, and those two things together can produce a lot of drama,” Michael Gerhardt, a constitutional law professor at the University of North Carolina Chapel Hill and scholar-in-residence at the National Constitution Center in Philadelphia, told FoxNews.com. “It’s probably more controlled now than it would have been in the 19th century, but that doesn’t mean the unexpected can’t happen.”

Thousands of law enforcement officers will swarm Washington Friday for Trump’s inauguration, and authorities expect a safe and secure swearing-in.

But, if history is any lesson, expect the unforeseen.

After the fireworks for George Washington’s 1789 inauguration, which took place in New York City, the new president had to walk both to church and to his house because of 18th Century gridlock—too many horses and carriages swarming the narrow streets. President Dwight D. Eisenhower was lassoed by a cowboy at his 1953 inaugural parade. And unruly guests stole White House silverware, glasses and candlesticks from Abraham Lincoln’s White House shortly after his 1865 inaugural address.

But the most dramatic instance of misfortune surrounding an inauguration, according to Gerhardt, was with President William Harrison in 1841.

Harrison, who was 68, gave his almost two-hour long inaugural address during a cold, blustery day – but refused to wear an overcoat or hat. After his speech, he attended parade festivities and kicked back a few cocktails at three inaugural balls. Unfortunately for Harrison, he would have the shortest tenure in U.S. presidential history. Just a month after his inauguration, Harrison died of pneumonia.

But other inaugurations have been memorable because the elaborate events turned into tawdry affairs.

There were almost 20,000 guests waiting outside of the White House for Andrew Jackson’s 1829 inauguration. A mob of inebriated and starving guests in muddy boots barged through the White House once they were allowed in – standing on chairs and sofas, engaging in physical fights over food and drinks and breaking dishes and White House furniture.

Jackson managed to escape the chaos through either a window, or side door, and dashed back to his hotel.

When President Abraham Lincoln took his second oath of office in 1865, his team had to deal with a public relations disaster: his new vice president, Andrew Johnson, showed up drunk to introduce him. Johnson later explained he was drinking to combat typhoid fever. Nevertheless, the VP slurred his speech and had to be escorted out.

Incoming presidents later learned how to put on inaugural events that didn’t turn out to be national, or international, embarrassments.

Gerhardt told Foxnews.com that inaugurations in the 20th Century and 21st Century were not quite as dramatic as earlier years.

But, he said, inaugurations have always been a good predictor of how the next four, or eight, years will be under the incoming administration.

Gerhardt said that issues that could arise at this inauguration are something like someone “falling off the stage.”

“Or,” he added, “in this case, the president could send out an angry tweet from the podium.”