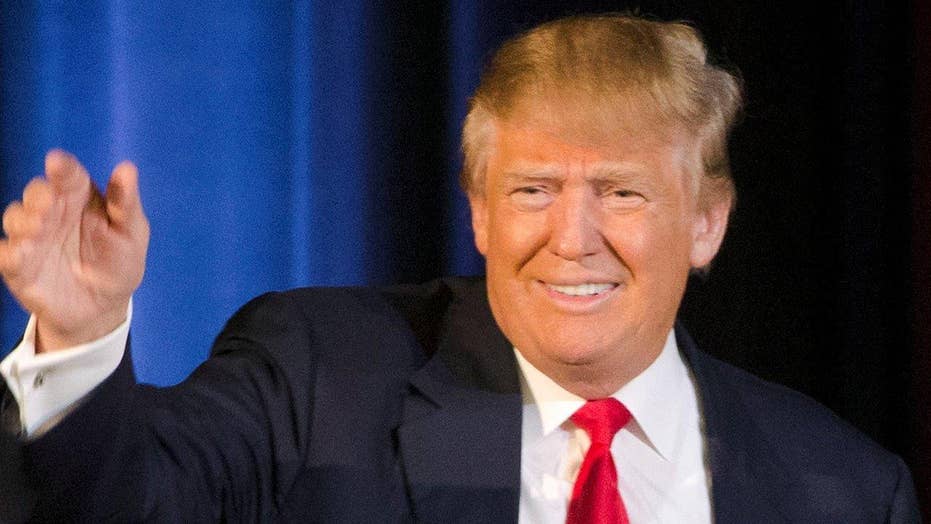 Bret Baier breaks down the new numbers and trends

Donald Trump still leads in the race for the Republican nomination in South Carolina, according to a new Fox News poll.

Jeb Bush and Ben Carson tie at nine percent each, and John Kasich gets six percent.

There’s little difference among only those who say they will “definitely” vote in the GOP primary: Trump garners 34 percent, Cruz 20 percent, Rubio 15 percent, Bush 8 percent, Carson 7 percent, and Kasich 6 percent.

Some support could still shift, as 25 percent of these GOP likely voters say they could change their mind.

Trump has more supporters (83 percent) who feel “certain” they will vote for him than Cruz (73 percent) or Rubio (71 percent).

The poll, released Thursday, was conducted Monday through Wednesday evenings. Many political observers felt the Republican faithful might abandon the front-runner after the rowdy February 13 GOP debate in Greenville, where Trump said President George W. Bush’s administration lied to push the U.S. into the Iraq war and Planned Parenthood “does wonderful things” for women’s health.

Even so, the performance didn’t hurt Trump with his backers.  Support for Trump is mostly unchanged since early December when he received 35 percent. At that time, Carson had 15 percent support, and Cruz and Rubio were tied at 14 percent.

About 6 in 10 Palmetto State Republicans identify as evangelical Christian, while 4 in 10 are “very” conservative, and nearly 2 in 10 have served in the military.

Cruz is the top pick among “very” conservatives -- but just barely.  He receives 31 percent, Trump 29 percent, and Rubio 14 percent.

Trump is the favorite for both men (35 percent) and women (28 percent) voting in the GOP primary.

Meanwhile, nearly four in 10 South Carolina Republicans say they would “never” support Trump (39 percent).  That’s up from 24 percent who felt that way in December.

Some 21 percent would “never” vote for Bush, 19 percent Cruz, and 11 percent Kasich and Rubio.

Trump also grabs the (dubious) title when voters are asked which GOP candidate has made unfair attacks against fellow Republicans.

The Fox News Poll is conducted under the joint direction of Anderson Robbins Research (D) and Shaw & Company Research (R). The telephone poll (landline and cellphone) was conducted February 15-17, 2016 with live interviewers among a random sample of 1,401 South Carolina voters selected from a statewide voter file.  Results for the 759 likely Republican primary voters have a margin of sampling error of plus or minus 3.5 percentage points.