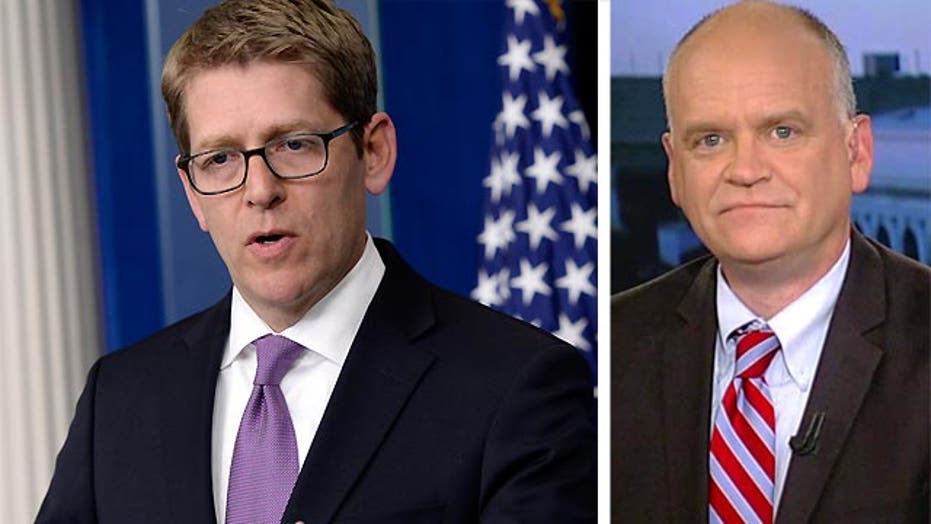 Ron Fournier of the National Journal said Thursday on “Special Report with Bret Baier” that “the White House lied to the American public” about the Colombian prostitution scandal involving the Secret Service in 2012.

His comments followed a report in the Washington Post with new allegations and details indicating that the White House knew of an advance staffer tied to the situation. The allegations involve Jonathan Dach, the son of a wealthy Democratic donor who now works on global women’s health issues at the State Department. The Washington Post reported that the White House knew of the allegations, but asked for the report to hold until after the election in 2012.

"The White House lied to the American public," he said. "Jay Carney said when this happened that there was no specific and credible evidence that anybody from the White House was involved. Well at the very least there was specific and credible evidence and they were told about it. And they covered it up and the cover up is always worse than the crime because when you lose that bond of credibility and trust with the public, you’re not leading any more."

Fournier added that the report also raises an issue of fairness in respect to how the Secret Service agents were treated versus how the White House advance staffer was reportedly treated.

"Ten Secret Service officers, not forgiving what they did in Cartagena but these men were putting their lives at risk, will you take a bullet for the president, middle class men doing a tough job," he said. "And based on the same set of evidence, they were fired."