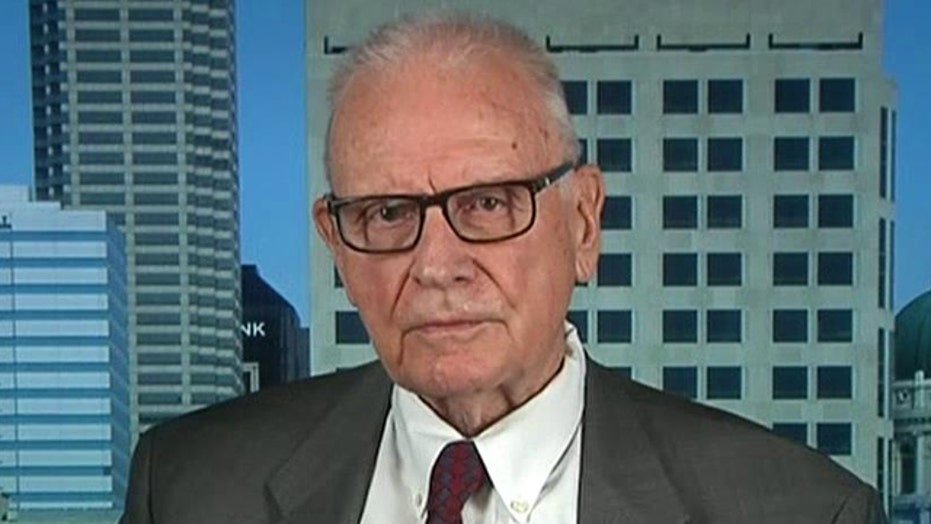 Lee Hamilton names cyber security as biggest threat to US

Thirteen years after the Sept. 11 terror attacks, the former vice chairman of the 9/11 Commission told Fox News that the biggest threat facing America is not ISIS, but cyber attacks.

Appearing on Fox News' "America's Newsroom" on Thursday, Lee Hamilton explained that while ISIS is a "serious threat" that needs to be dealt with "very firmly," a technological attack on the homeland poses an even greater danger.

"We're very vulnerable to it because our whole society is built around the Internet," Hamilton said.

A lack of U.S. prevention is also a "major concern" for Hamilton, who called for the formation of a national cyber center to develop the technology to defend against and avert a potential attack.

"All of this is completely new from 9/11," he said. "We didn't even look at cyber threat back then, but things have evolved."

"It's like an arms race -- they raise their technology, we have to raise our technology. It's not going to be solved in a day or two, it's going to take years."