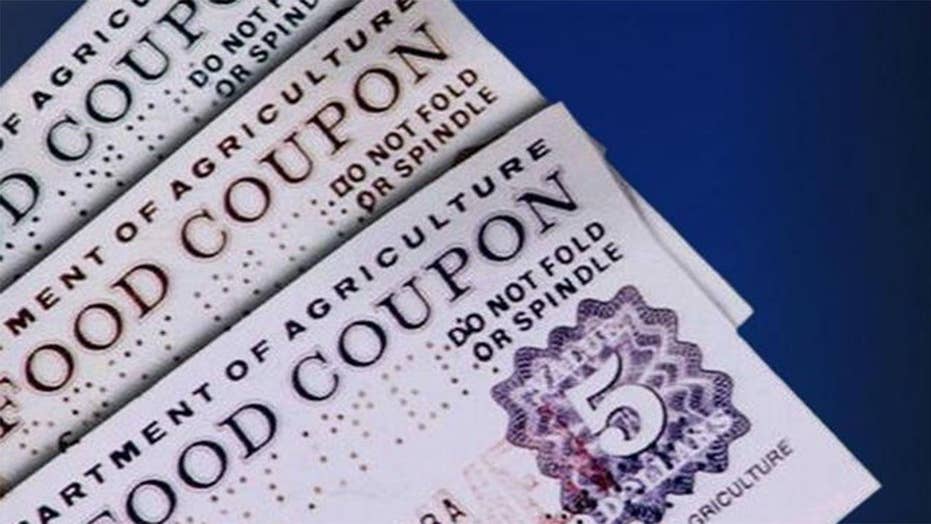 The nation’s food-stamp program is one of the largest run by the government — at $70 billion a year. But while the economy has improved dramatically, food-stamp enrollment has not, declining just 17 percent while the unemployment rate fell three times faster — 62 percent.

Why the disconnect? Critics say states are milking the Supplemental Nutrition Assistance Program (SNAP), overstating their needs, while the Trump administration is approving state “work waivers” it doesn’t have to.

“We have almost seven million open jobs across America,” said Foundation for Government Accountability executive director Kristina Rasmussen. “Employers are struggling to find workers. Yet we have people sitting on sidelines in part, because they can — on food stamps.”

Part of this story is about economics. The other part is political.

The work requirement for able-bodied adults without children is the major sticking point in the $860 billion farm bill. 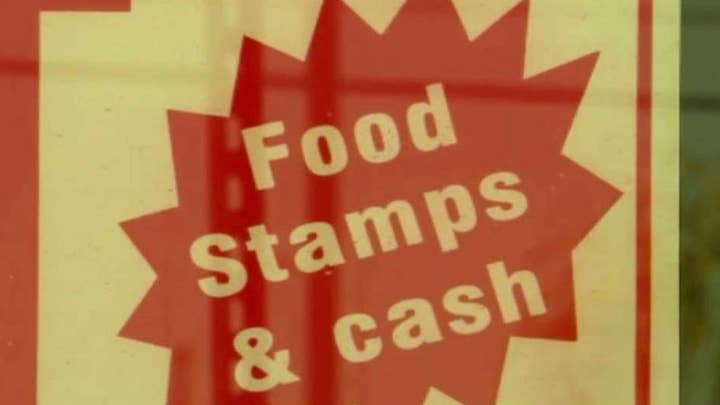 “I’ve inquired several times on how we can deny these waivers, but we are statutorily precluded from denying the waivers if they fit the criteria,” said Secretary of Agriculture Sonny Perdue. “These have always been considered transition programs. And certainly when unemployment is over 10 percent, we want to be compassionate and generous as Americans to help people get by and get a job. But when jobs are available, in fact, statistics show more jobs are available than we have people to fill them, why are we continuing to issue waivers?”

The latest to receive one is California, the 33rd state to receive a work waiver granted by the Trump administration, even though earlier this month the president himself tweeted, “When the House and Senate meet on the very important Farm Bill – we love our farmers - hopefully they will be able to leave the WORK REQUIREMENTS FOR FOOD STAMPS PROVISION that the House approved.”

California, according to the state, has 500,000 job openings.

In July, the most populous state in America received a waiver allowing its 836,000 unemployed adults without children to continue receiving food stamps without working. The state’s unemployment rate is 4.2 percent, while Michigan — which did not seek a waiver — has a rate of 4.3 percent. Last week Michigan told 67,000 adults their food stamps would end if they didn’t find work after three months of benefits.

“It’s unconscionable to think that in the state of California, with a growing economy — less than 4 percent unemployment — that we’re giving waivers,” said Perdue. “The problem is — honestly as the former governor of Georgia — the goal was to optimize. Maximize federal revenue into your state. That’s what governors, that’s what legislators do.” 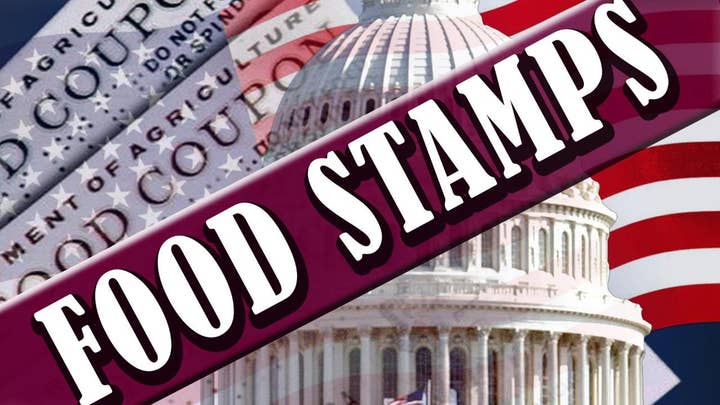 Perdue approved the California waiver, though he claims to have opposed it.

Rasmussen said the agency could have, but refused, fearing a political backlash. She believes the USDA is not being aggressive enough in regulatory reform, unlike say, the EPA.

“There are almost 1 million able-bodied adults without kids in California right now on food stamps, and most are not working,” said Rasmussen. “This is government on autopilot, and it’s wrong, and that’s why Trump and Perdue should step in, slam on the brakes and say this shouldn’t happen anymore.”

A spokesman for the California Department of Social Services refused to answer questions why a state, with a vaunted economy and an agricultural sector facing a labor shortage, would seek to protect adults without children from working just 20 hours a week.

Instead, the state provided outdated unemployment data from 2015 to March 2017 as justification for its waiver.

“People need to eat. Whether they’re homeless or jobless,” said a SNAP recipient outside a county welfare office. “It’s hard to get a job right now. Able-bodied or not. It’s really tough. I’m looking for a job every day, and it’s hard.”

The showdown over the work requirement is holding up the massive $860-billion farm bill. The House version, backed by the administration, includes a work requirement and tightens the loophole, giving the USDA the authority to decline state waivers. The Senate version does not include the waiver and Senate Agricultural Committee chairwoman Debbie Stabenow of Michigan reportedly has told Senate Majority Leader Mitch McConnell, R-Ky., Democrats will not support any compromise that includes the work mandate.

A legislative fix is needed by September 30.

More than 80 percent of the farm bill is food-stamp expenditures.

But when unemployment hit 12 percent in 2009, President Barack Obama approved a nationwide waiver for two years. His legislation also provided the loophole and lax language that allows states to keep food stamps for able-bodied adults without children.

Each year, states must reapply for a waiver by showing their unemployment rates justify keeping it, even though in some cases, like California, counties with 2.7 percent unemployment still qualify.