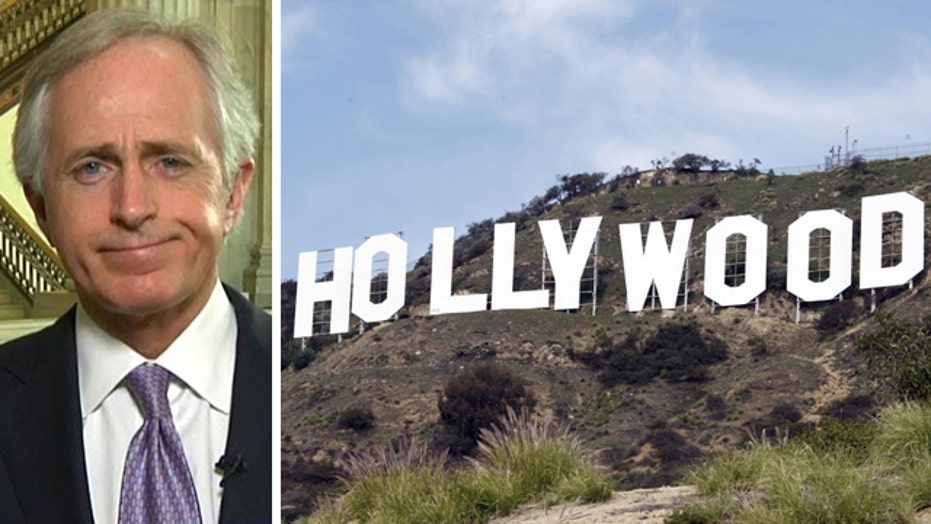 Sen. Corker reacts to how deal went down

The last-minute deal Congress approved for the stated purpose of sparing the middle class from tax hikes was iced with a host of special-interest favors -- including tax breaks for Hollywood, Puerto Rico rum producers and the alternative energy industry.

All told, the more than 50 temporary tax breaks, extended for another year thanks to the fiscal crisis package, are worth about $76 billion.

Lawmakers, including those who approved the package earlier this week, are now lambasting the decision to load up the bill in the final hours with the tax break extensions.

"It's hard to think of anything that could feed the cynicism of the American people more than larding up must-pass emergency legislation with giveaways to special interests and campaign contributors," Sen. John McCain, R-Ariz., said in a statement.

Sen. Bob Corker, R-Tenn., who like McCain approved the bill, described it as a "terrible vote to have to take" -- and said the package is a reminder of "why we need tax reform to do away with those loopholes."

Corker noted that the tax breaks in the package were already in the law, and were merely extended for another year by Tuesday's vote.

Businesses have grown accustomed to many of the longstanding tax breaks, but they also have had to get used to the uncertainty of whether they will be renewed each year. This time around the tax breaks were allowed to expire at the end of 2011 as lawmakers struggled to reach consensus on a wide range of tax issues. The package passed by Congress this week and signed by President Obama renews the tax breaks retroactively, so taxpayers can claim them on both their 2012 and 2013 tax returns.

Included in the package this week were:

-- A rule allowing TV and film producers to write off the first $15 million in production costs inside the U.S. The value over 10 years of that provision is pegged at $248 million.

-- A 50 percent tax credit for expenses related to railroad track maintenance through 2013 -- worth $331 million.

-- Increased tax rebates to Puerto Rico and the Virgin Islands from a tax on rum imported into the United States. The U.S. imposes a $13.50 per proof-gallon tax on imported rum, and sends most of the proceeds to the two U.S. territories. The tax break is worth $222 million over 10 years.

-- A tax credit for the production of wind, solar and other renewable energy, at a cost of $12.2 billion.

While each industry defends their tax treatment as vital, McCain said the inclusion in what was supposed to be a bare-bones package to avert sweeping income tax hikes feeds "cynicism."

"They were just crammed into the bill literally in the middle of the night," McCain told Fox News Radio. "The American people deserve better and we have now earned their well deserved disdain about the way we do business."