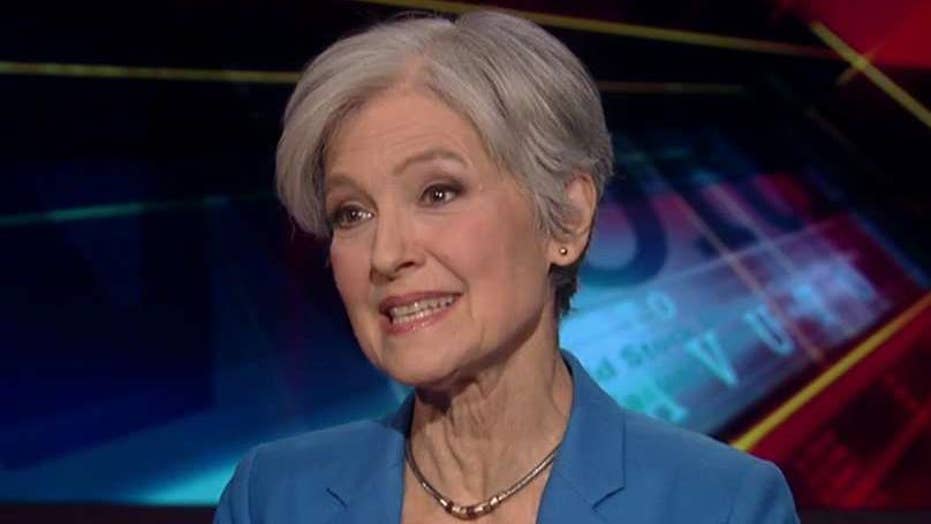 Stein: People have 'incredible doubts' about the election

On 'Your World,' Green Party presidential nominee discusses her push to recount votes

A federal judge dealt another blow Monday to the Green Party-backed push for a presidential election recount in key battleground states, rejecting a request to recount paper ballots in Pennsylvania and scan some county systems for signs of hacking.

The Green Party has made similar attempts at recounts in Wisconsin and Michigan, all states won by President-elect Donald Trump. But while the Wisconsin count is almost done, a federal judge halted Michigan's recount last week – the decision Monday in Pennsylvania amounts to another setback for Jill Stein and her allies.

In his 31-page decision, U.S. District Judge Paul Diamond said there were at least six grounds that required him to reject the Green Party's lawsuit, which had been opposed by Trump, the Pennsylvania Republican Party and the Pennsylvania attorney general's office.

Suspicion of a hacked Pennsylvania election "borders on the irrational," wrote Diamond, an appointee of former President George W. Bush, a Republican.

"Most importantly, there is no credible evidence that any `hack' occurred, and compelling evidence that Pennsylvania's voting system was not in any way compromised," Diamond wrote. He also said the lawsuit suffered from a lack of standing, potentially the lack of federal jurisdiction and an "unexplained, highly prejudicial" wait before filing last week's lawsuit, four weeks after the Nov. 8 election.

The decision was the Green Party's latest roadblock in Pennsylvania after hitting numerous walls in county and state courts. Green Party-backed lawyers argue that it was possible that computer hackers changed the election outcome and that Pennsylvania's heavy use of paperless machines makes it a prime target. Green Party presidential candidate Stein also contended that Pennsylvania has erected unconstitutional barriers to voters seeking a recount.

A lawyer for the Green Party said Monday they were disappointed and unable to immediately say whether they would appeal.

"But one thing is clear," said the lawyer, Ilann Maazel. "The Pennsylvania election system is not fair to voters and voters don't know if their votes counted, and that's a very large problem."

Stein captured about 1 percent of the vote, or less, in each of the three states.

In Pennsylvania, Trump beat Hillary Clinton by about 44,000 votes out of 6 million cast.

The Wisconsin recount was expected to conclude Monday. With about 95 percent of the votes recounted as of Sunday, Clinton had gained 25 votes on Trump, but still trailed by about 22,000 votes out of nearly 3 million cast in Wisconsin.