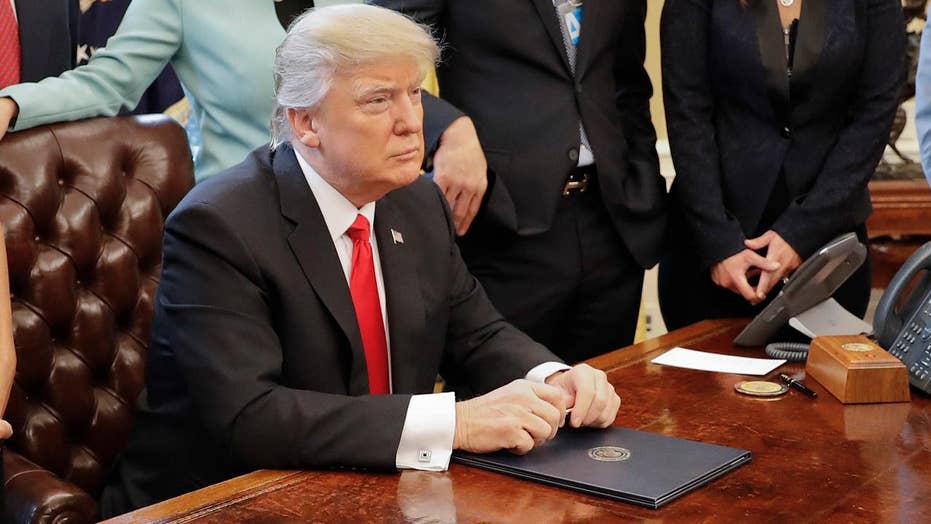 Did the administration miss the opportunity for a smoother rollout?

SEATTLE – A federal judge in Seattle brought the Trump administration’s executive order on immigration to a halt nationwide Friday, issuing a temporary restraining order in U.S. District Court until further hearings can be held.

“The Constitution prevailed today,” Washington Attorney General Bob Ferguson said after the ruling. “No one is above the law — not even the president.”

"This ruling shuts down the (president's) executive order immediately -- shuts it down -- so people can travel like they did before," Ferguson said.

The hearing came about after the Attorneys General of Washington and Minnesota filed a lawsuit seeking to halt President Donald Trump’s Jan. 27 executive order restricting immigration to the United States from seven Muslim-majority countries. It also placed restrictions on refugees entering the country.

A reporter asked Ferguson if the ruling coming down on Friday afternoon could cause confusion.

"I'll tell you where there's been confusion - the President's executive order," Ferguson said. "That's what's caused confusion. I'm sorry, but there's no other way to put it - it's been Keystone Cops. It really is. That's not just me speaking, that's Republican members of Congress."

U.S. District Court Judge James L. Robart, a Seattle native who is an appointee of President George W. Bush, said the state of Washington proved that local economy and citizens have suffered irreparable harm and an injunction should be applied.

"What the judge ruled today is that the president's executive order does not apply -- does not apply," Ferguson said after the hearing.

"I'm sure the president won't like this decision, but it's his obligation to honor the law and I'll make sure he does," Ferguson told reporters.

Robart is no stranger to high-profile cases - he is also the federal judge in charge of overseeing the reform of the Seattle Police Department.