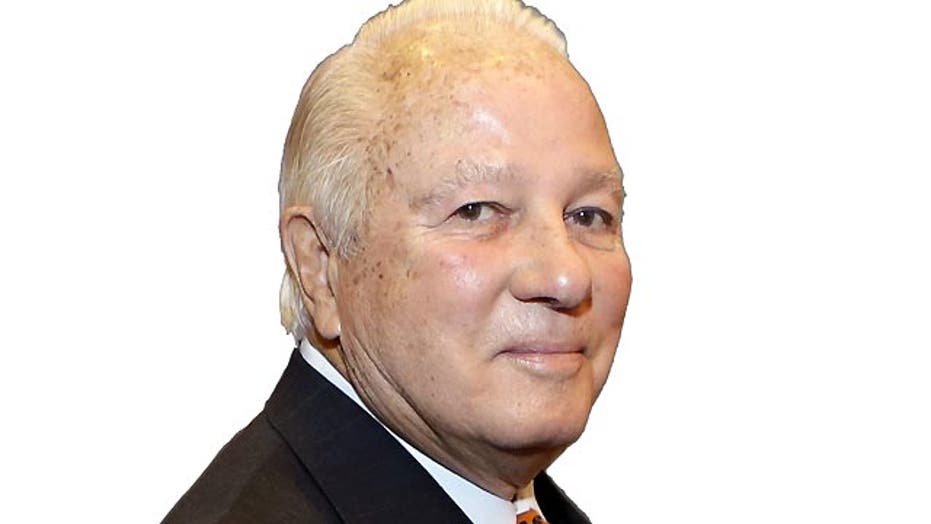 From the big house to the U.S. House?

At 87 years old and after serving nearly a decade in prison, former Louisiana governor Edwin Edwards sees nothing unusual about mounting a return to public office.

Edwards has launched what, if successful, would be an epic comeback bid. The former Democratic governor whose corruption case cast a pall over Louisiana's political reputation is running for Congress in the open House seat left by Republican Rep. Bill Cassidy (who is running for Senate).

Despite seeking office as an old-school Democrat in a deep-red district -- and with his ample baggage -- Edwards claims he's got a shot. After all, he doesn't even have to win on Election Day. The state's unique system lets all candidates battle it out on the ballot next month, and sends the top two vote-getters to a runoff if there's no clear victor.

The fact that Edwards is even in the race, though, has rankled state Republicans.

"It blows my mind that the state Democratic Party endorsed him and got him in the race, but that's a decision they're going to have to live with. I think they're going to try and live that down for many years," said Doré.

The Louisiana Democratic Party did not return a request from Fox News for comment.

Edwards, many years ago, had carved out an impressive political career, serving at the local, state and national levels. He was first elected to Congress 50 years ago and spent four terms as governor, spanning three decades. His career came crashing down in 1998 when he was  indicted by the federal government and later found guilty on 17 of 26 counts for money laundering, mail fraud, extortion, wire fraud and racketeering.

Edwards says he doesn't think voters will hold his criminal past against him.

"Most people here know the trial was a circus. There was nothing to the trial. The government had a prejudice, [biased] judge," Edwards told Fox News. "It's obvious to many people here that it just was a setup and a rigged trial. Therefore, they do not hold that against me."

The case itself exposed a ring of shady deals involving multiple players. The governor was convicted over his role in extorting money from those seeking riverboat casino licenses, though he claims he was innocent.

After being released from prison in 2011, Edwards has tried to keep himself in the spotlight.

He starred in the reality show "The Governor's Wife" with his 36-year-old wife, showing off his colorful personal life. The grandfather is married for the third time and has five kids, the youngest a toddler, and two step-children. Now he is once again seizing the opportunity to step back into the political limelight, approaching the race with his trademark confidence and charm.

"I mean what I say and I say what I mean," he said. "I like serving people. I like being in politics."

Edwards is running against eight other Republicans and two Democrats in Louisiana's "jungle primary system." Under the system, the top two vote-getters advance to a run-off if nobody wins 50 percent of the vote.

Edwards is holding a strong lead with more than 30 percent of the vote against conservative businessman Paul Dietzel and state Sen. Dan Claitor, both Republicans. Dietzel and Claitor are nearly tied for second place hovering around the teens, according to polling numbers from JMC Analytics and the Glascock Group. Political experts nevertheless say Edwards may have a tough time should he get into a run-off with a Republican.

Dietzel claims he has the best shot at winning in a run-off against the former governor.

"People want to send somebody new to Washington," he said. "Edwin Edwards represents the politics of the past. He represents an era of corruption in our state."

Claitor said Edwards' time in Louisiana has come and gone.

"I was in fifth grade when [Edwards] was sworn in. I can remember standing there thinking he was going to do great things for Louisiana. That had not been the case," Claitor said. "He did some good while he was in there but he ended on a poor note. So he's come and gone."

"Most people were surprised someone that old -- and given his track record, ha ha -- would decide to run for Congress," said Hogan.

As far as his age, Edwards suggests it's not a factor and, ironically, points to clean living.

And being the sixth-longest-serving governor in the history of the United States, Edwards says he wants to keep serving.

"I'm satisfied with the way my God has treated me -- and I can tell you, He is not finished with me."