Mayor Rahm Emanuel announced on Sunday the removal of 50 red-light cameras from Chicago's widely-criticized program, a move that comes weeks before the former White House chief of staff faces a runoff election for a second term.

On the campaign trail, Emanuel has faced questions about one of the nation's largest red-light camera programs, which has seen legal troubles and scrutiny over safety and effectiveness. Emanuel has largely defended it, touting his moves to make improvements and fire the initial contractor. His challenger in the April 7 runoff, Cook County Commissioner Jesus Garcia, has vowed to remove all cameras his first day in office.

Emanuel and the Chicago Department of Transportation billed the move as continued reforms.

The department will also speed up the installation of pedestrian countdown timers and require public meetings before cameras are moved or added. The 50 cameras will come down at 25 locations that have experienced a reduction in crashes. Several cameras were also removed last year, making a 20 percent reduction overall.

Emanuel faces a runoff because he wasn't able to get the majority needed to win a second term outright in last month's election featuring four other candidates.

"This new move by Mayor Emanuel is too little, too late," Garcia said in a statement.

Emanuel acknowledged there'd be questions over timing, but said his plan followed precedent.

"This is a further installment on a series of things I've done," he told reporters.

The cameras record and ticket drivers running red lights. The program was established years ago to make roads safer, but critics say they can make mistakes and prohibit due process for motorists contesting tickets. The program has also been the subject of a Chicago Tribune investigation, including a 2014 story documenting thousands of undeserved tickets that city officials couldn't explain at the time. 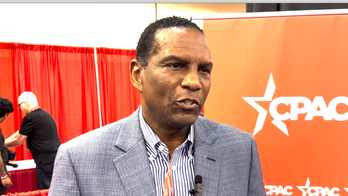