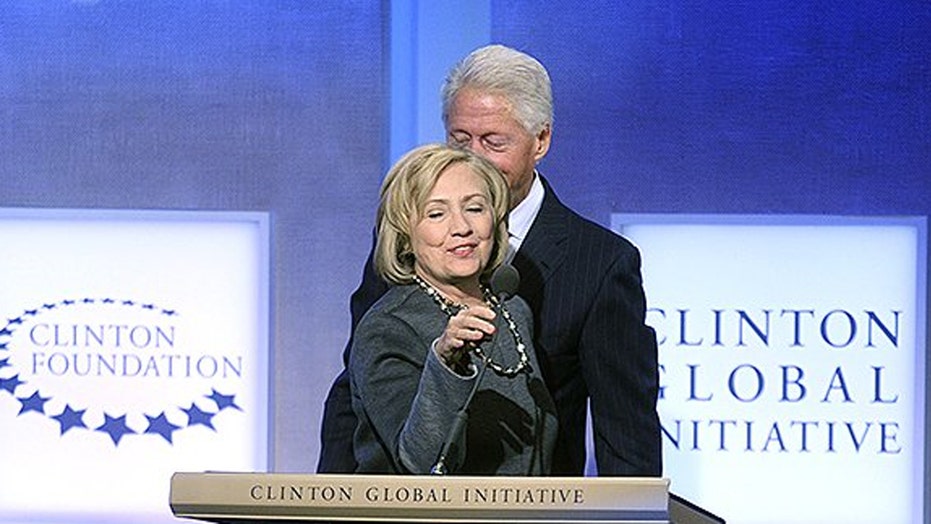 John Podesta, the chairman of Hillary Clinton’s campaign, could barely contain himself when a Clinton aide emailed him a picture of a shirtless Bernie Sanders lounging at an exclusive resort on Marta’s Vineyard.

“Can we tweet?” Podesta wrote in a 2015 email, according to a recent Wikileaks dump. Clinton staffers shared the email, and snarky remarks.

Just days after the campaign caught wind of the picture of Sanders in the shade during a Democratic Senatorial Campaign Committee retreat at Martha’s Vineyard, gossip maven Perez Hilton posted the picture on Facebook.

Not known for his political accumen, Hilton stumbled on the perfect caption: “I wonder what @MikeBloomberg would think about this??? @BernieSanders lounges at elite Martha’s Vineyard pool, summer 2015, after helping raise money from Wall Street lobbyists.”

It was not clear if Team Clinton sought to publicize the photo to show Sanders, a champion of the working class, at an exclusive locale or if the goal was to circulate an unflattering picture of a septuagenarian in a swimsuit.

In an MSNBC report titled, “Bernie Sanders a regular at high-dollar donor retreats,” it was pointed out that Sanders was once even “spotted chatting sociably for close to an hour with a financial services lobbyist who was in a hot tub while the senator sat nearby.”

Through much of the primary, Clinton sought to distance herself from Wall Street. In some of their most heated debates, Sanders appeared to land some punches that tied her to banks.

“I stood up against the behaviors of the banks when I was a senator,” Clinton said during an April debate. “I called them out on their mortgage behavior.”

“Oh my goodness, they must have been really crushed by this,” Sanders said.

A spokesman for Sanders did not immediately respond to an email from FoxNews.com about the picture. But since losing the nomination fight, Sanders has embraced the Clinton campaign and said “I am determined to implement the agenda of the Democratic Party platform which was agreed upon by her campaign.”

Sanders supporters were not always so forgiving. One commenter replied to the picture on Hilton’s Instagram account, “Hillary put you up to that one…lol nice try! Ps I’m glad Hillary can love the gay community for 3 years and that’s enough for you (sic) turn your back on someone who has been fighting for equality for decades.”

Kenneth Corcoran, 61, a machinist in New Hampshire, said this kind of campaigning is what turns him off from national politics. The former Sanders supporter said he is on top of the issues and has followed the WikiLeaks dump and has been unsatisfied with her explanations.

“If I’m in a particularly foul mood on [election] day, I may vote Trump,” he said. “Just to stick a pen in the Clintons.”