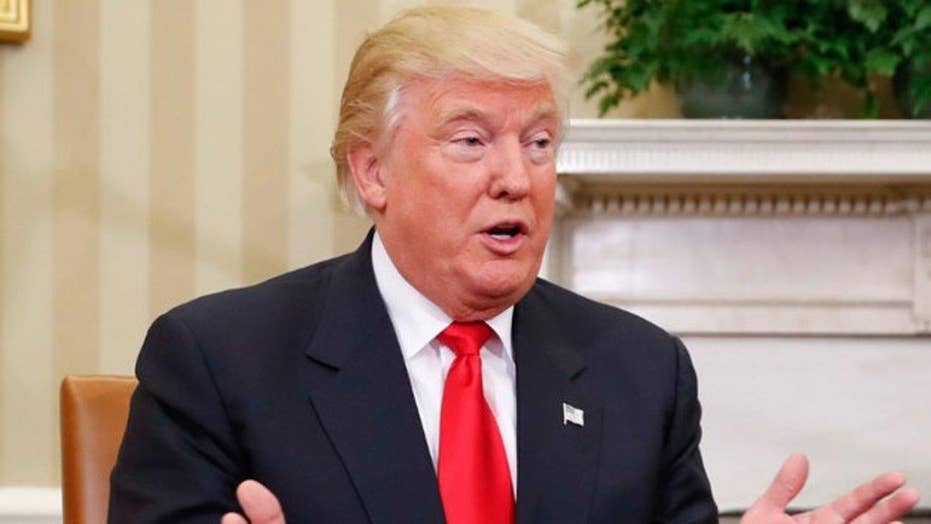 Trump and the charge of lying

How dare the editor-in-chief of the Wall Street Journal refuse to call Donald Trump a liar?

That, in some corners of the media landscape, was the reaction to some perfectly reasonable comments by Gerard Baker. And it speaks volumes about the polarization within the news business when it comes to the 45th president.

It isn’t that Baker is a big Trump fan. In fact, his paper has run some pretty harsh editorials accusing Trump, among other things, of not playing straight with the facts.

“I thought I was going to be a fugitive from media justice,” Baker told me in an interview for yesterday’s “Media Buzz.”

The contretemps began when Baker went on “Meet the Press” last week and touched some kind of third rail.

“If somebody says an outright falsehood,” Chuck Todd asked, “do you say the word lie? Is that important to put in reporting or not?”

Baker replied: “I would be careful about using the word lie. Lie implies much more than just saying something that`s false, it implies a deliberate intent to mislead.”

He didn’t say he would never call Trump or any other politician a liar. He simply said that lying turns on intent, and it’s hard to be a mind-reader and divine the motivation of any public figure.

Look, politicians routinely shade the truth, evade, spin, mislead and, sometimes, utter outright falsehoods. Everyone knows that. And it’s the media’s job to hold them accountable.

Was it a lie when President Obama said if you like your doctor you can keep your doctor, or did the health care program just not turn out the way he planned? There was evidence that administration officials knew in advance that some people would be kicked off their plans or subjected to huge premium hikes. Baker, whose editorial page was highly critical of ObamaCare, told me the Journal did not call that a lie.

In a column, Baker responded to Dan Rather chastising him for his “deeply disturbing” comments: “I will confess to feeling a little burst of pride at being instructed in reporting ethics by Mr. Rather. It feels a little like being lectured on the virtues of abstinence by Keith Richards.”

Here’s the key question: Would the guardians of media morality be so upset with Gerry Baker if the next president was Hillary Clinton?

Baker told me that “a large section of the media has decided there is something specifically and uniquely threatening and malevolent about Donald Trump,” and therefore they must be “in the arena” against him.

One could make a case that Clinton lied in denying that she had sent or received classified information on her private email server. Or that she had lied in claiming that as first lady she had come under enemy fire after landing in Bosnia.

But most of the press generally trusts Clinton, and generally views Trump as someone who tells whoppers. There’s no debate that Trump makes more questionable statements and sometimes lacks evidence to back up what he says. Corey Lewandowski says the press often takes his ex-boss too literally.

Some leading journalists and media critics have called for tougher-than-usual scrutiny of Trump, justifying that by saying there’s never been a president-elect like him. Still, all Baker said was that journalists should choose their words cautiously when it comes to branding people liars. And for that he has endured the wrath of the media mob.