NEW YORK – Edith Windsor, a widow who brought a Supreme Court case that that struck down parts of a federal law that banned same-sex marriage and led to federal recognition for gay spouses, died Tuesday. She was 88.

Windsor died in New York, said her lawyer, Roberta Kaplan. The cause of death wasn't given, but Windsor had struggled with heart issues for years. In 2009, she had an attack of stress cardiomyopathy, also known as broken heart syndrome, that was so bad that her heart stopped.

"The world lost a tiny but tough-as-nails fighter for freedom, justice and equality," said her current spouse, Judith Kasen-Windsor.

Windsor's first spouse, Thea Spyer, died in 2009. The women had married legally in Canada in 2007 after spending more than 40 years together.

Windsor sued the federal government after Spyer's death, saying its definition of marriage as a relationship between a man and a woman prevented her from getting a marital deduction on Spyer's estate. That meant she faced a huge tax bill that heterosexual couples would not have.

The U.S. Supreme Court ruled 5-4 in June 2013 that the provision in the law was unconstitutional, and that legally married same-sex couples are entitled to the same federal benefits that heterosexual couples receive. The opinion became the basis for the wave of federal court rulings that struck down state marriage bans and led to a 2015 Supreme Court ruling giving same-sex couples the right to marry.

"She will go down in the history books as a true American hero," Kaplan said. Anthony Romero, executive director of the American Civil Liberties Union, called Windsor "one of this country's great civil rights pioneers."

"One simply cannot write the history of the gay rights movement without reserving immense credit and gratitude for Edie Windsor," Romero said.

At the time, Windsor said she was "honored," "humbled" and "overjoyed" when the decision came down.

Windsor was born in Philadelphia and moved to Manhattan in the early 1950s after a brief marriage to a man that ended after she told him she was gay.

She received a master's degree in mathematics from New York University in 1957 and went to work for IBM in senior technical and management positions.

Spyer came into her life in 1963, and they became a couple two years later.

In court documents, Windsor said she told Spyer, "`If it still feels this goofy joyous, I'd like us to spend the rest of our lives together.' And we did."'

Concerned that an engagement ring would bring unwanted attention to her sexual orientation from colleagues at IBM, Spyer gave Windsor a diamond brooch.

"Our choice not to wear traditional engagement rings was just one of many ways in which Thea and I had to mold our lives to make our relationship invisible," Windsor said in court documents.

"We both faced pressures not only in the workplace and in society at large, but also from family and friends," she added. "Like countless other same-sex couples, we engaged in a constant struggle to balance our love for one another and our desire to live openly and with dignity, on the one hand, with our fear of disapproval and discrimination from others on the other."

Spyer was diagnosed with multiple sclerosis in 1977, and her physical condition deteriorated over the decades. The women married in Canada when they realized they might not be living when New York state legalized same-sex marriage, which it did in 2011. 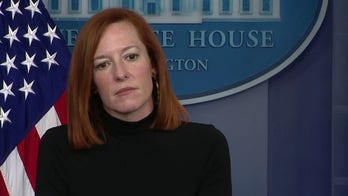 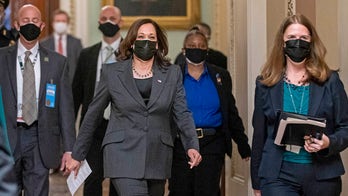