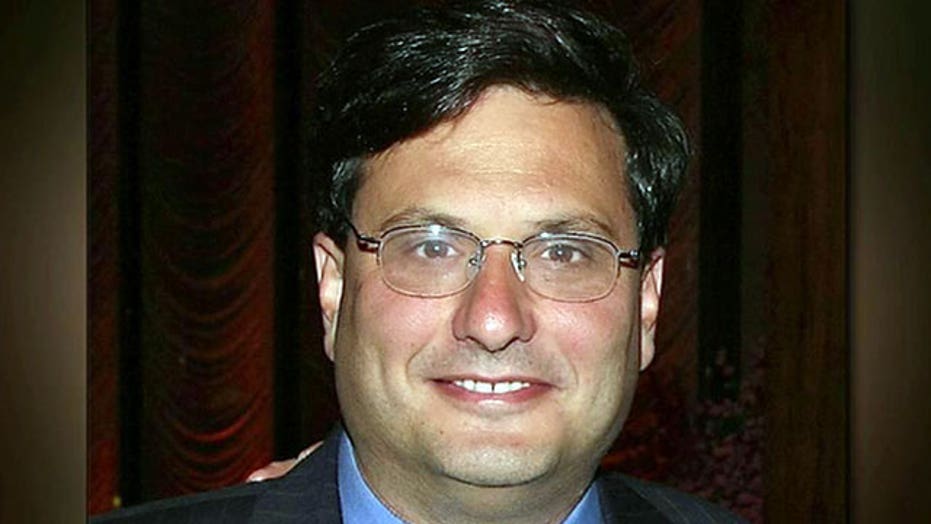 No experience needed to be 'Ebola czar'?

America's newly appointed Ebola ‘czar’ is not yet in the House — at least not the ones on Pennsylvania Avenue or Capitol Hill.

Ron Klain, appointed last Friday by President Obama to direct the nation's response to the Ebola crisis, sent his regrets Monday to the House Oversight and Government Reform Committee, which had invited him to testify this Friday, a committee aide told Fox News.

Klain was invited to join Defense and Health and Human Services department officials also slated to testify at the hearing.

“The White House has informed us that he has not yet officially started and will not be able to attend Friday,” the committee aide told Fox News.

Klain, a former chief of staff to vice presidents Al Gore and Joe Biden, has yet to formally start his new assignment — though he was spotted on the White House campus on Saturday. Fox News was told, however, that he did not meet with the president – and was not part of an all-hands-on-deck Ebola meeting that same day.

He is expected to start sometime this week.

Despite bipartisan calls for an Ebola czar, however, the selection of Klain angered some Republicans, who complained he has no health care experience. Klain, after leaving Biden's staff, went into the private sector, serving as president of Case Holdings and general counsel for venture-capital firm Revolution LLC.

“That the president chose a political operative rather than a health care expert to head up his administration’s response to an outbreak of a deadly disease says a lot – and nothing positive – about the White House’s line of thinking,” Rep. Tom Price, R-Ga., said in a statement on Friday.

Health officials, though, have defended Klain as someone who brings needed managerial experience to a complex task.

“He's a highly experienced, highly talented manager. He's been chief of staff for Vice President Gore, for Vice President Biden, has had experience in the Congress,” Anthony Fauci, head of the National Institute of Allergy and Infectious Diseases, said Monday at a town hall-style meeting. “He will be coordinating the interactions among a multi-agency endeavor that are involved, each of which have their own responsibility.”

Fauci also stressed that Klain is not a “czar.”

“It's an Ebola response coordinator is the title for Ron Klain,” Fauci said.