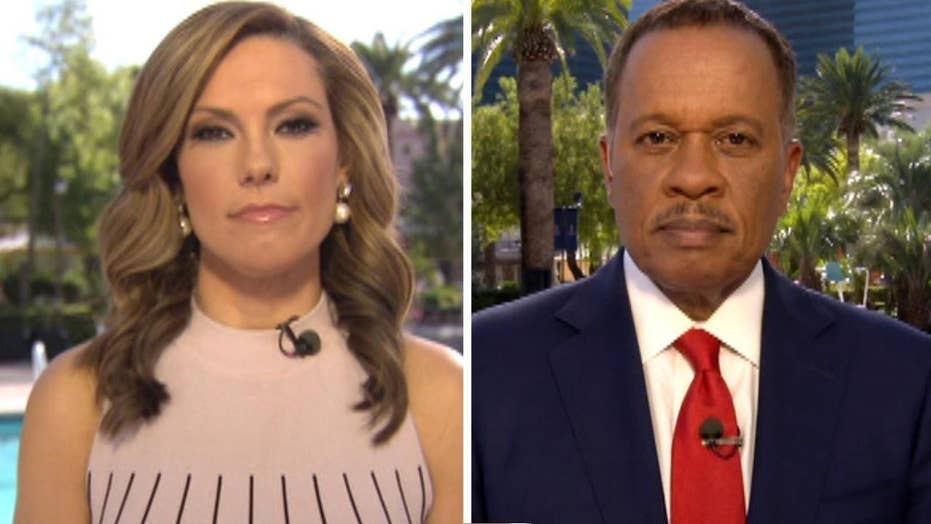 'The O'Reilly Factor' analyzes the release of new undercover videos

Two Democratic operatives are out of a job after a controversial conservative activist released undercover footage showing discussions of "busing" in voters and inciting violence at Republican rallies.

Scott Foval, the national field director of Americans United for Change, was booted on Monday and Democracy Partners head Robert Creamer announced on Tuesday he was “stepping back” from efforts to elect Democratic presidential nominee Hillary Clinton.

“I am unwilling to become a distraction to the important task of electing [Hillary] Clinton, and defeating Donald Trump in the upcoming election,” Creamer said in a statement.

The Democratic National Committee also disavowed the schemes discussed in the video.

“The practices described in the video by this temporary sub-contractor do not in any way comport with our long standing policies on organizing events, and those statements and sentiments do not represent the values that the Committee holds dear,” DNC interim Chairwoman Donna Brazile said of Foval in a statement on Tuesday.

The undercover “Rigging the Election” videos, produced by controversial activist James O’Keefe, total over 32 minutes and were released in two, edited portions on Monday and Tuesday. An undercover filmmaker posing as a donor is seen attempting to engage Foval and Creamer in discussions of voter fraud and other schemes. Creamer doesn’t bite, but Foval fills the filmmaker in on supposed plots and implicates Creamer.

“It’s a very easy thing for Republicans to say, ‘Well, they’re busing people in.’ … We’ve been busing people in to deal with you f-----‘ a------- for fifty years and we’re not going to stop now, we’re just going to find a different way to do it,” says Foval, who indicates using personal vehicles for each voter arouses less suspicion than busing in a large number of people from out of state at once.

Foval also discusses planting people at rallies for Republican presidential candidate Donald Trump. Those chosen are sent to incite violence and are even given scripts and training, according to Foval.

“I mean honestly, it is not hard to get some of these a------- to pop off,” Foval says. “It’s a matter of showing up, to want to get into the rally, in a Planned Parenthood t-shirt. Or, Trump is a Nazi, you know? You can message to draw them out, and draw them to punch you.”

Foval worked as a sub-contractor for Creamer’s group, which was contracted with the DNC since June 2016. A DNC source stressed that Foval was not a DNC employee.

Hillary Clinton campaign spokesman Zac Petkanas said, "While Project Veritas has been known to offer misleading video out of context, some of the language and tactics referenced in the video are troubling even as a theory or proposal never executed."

As reported on "The Kelly File," Creamer also is shown on video being asked about circumventing voter registration laws for Hispanics, though he later said in a statement that none of the schemes described in the conversation on video ever took place.

O’Keefe has previously come under fire for heavily editing and manipulating his recordings. His tactics have also been questioned. O’Keefe was arrested while trying to gain access to Sen. Mary Landrieu’s office in Louisiana in 2010. He was later charged with a misdemeanor and sentenced to three years’ probation.

“The discredited source of these videos, James O’Keefe, is a convicted criminal with a history of doctoring video to advance his ideological agenda,” Brazile said. “We are in the process of conducting an internal investigation to determine whether he and his cohorts committed any illegal activities in this well-funded operation.”