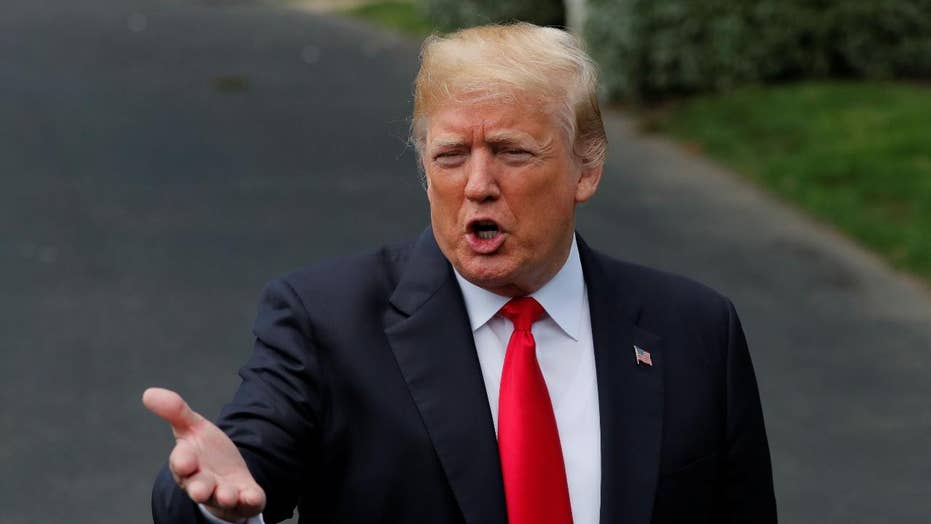 President Trump was sued in July 2017 by a free-speech group saying the president's actions violated the First Amendment.

The Justice Department on Monday promised to appeal a federal judge's ruling that said President Donald Trump-- possibly the world's most famous Twitter user-- could not block Twitter users from his account because it violated their right to free speech.

U.S. District Judge Naomi Reice Buchwald in May ruled against the Justice Department’s argument that denying Trump the ability to block followers infringed on his own First Amendment rights, Reuters reported.

The lawsuit was filed in July 2017 by several Twitter users and the Knight First Amendment Institute at Columbia University, the report said. The plaintiffs varied from professors to a police officer in Texas.

The lawsuit was filed after Trump blocked users from @realDonaldTrump, a 9-year-old Twitter account with over 50 million followers. Each of the plaintiffs tweeted a message critical of Trump or his policies in reply to a tweet he sent.

After a hearing, the judge had suggested that Trump mute rather than block some of his critics. At the time, a Justice Department attorney agreed that muting would enable Trump to avoid a tweet he doesn’t want to read.

Jameel Jaffer, a lawyer for the plaintiffs, told Reuters that Trump’s Twitter handle on Monday unblocked his seven plaintiffs. The White House did not immediately respond to the report. The Justice Department confirmed that the plaintiffs had been unblocked.

Twitter users can block people, which prevents them from seeing the user’s feed while logged in. Or they can mute the person, which keeps the user from seeing that person’s tweets and reply messages in their feed.

Philip Cohen, a sociology professor at the University of Maryland, reportedly tweeted, “We whined. We complained. We sued. We won our First Amendment lawsuit in federal court. And now @realDonaldTrump has unblocked me. Wow!”