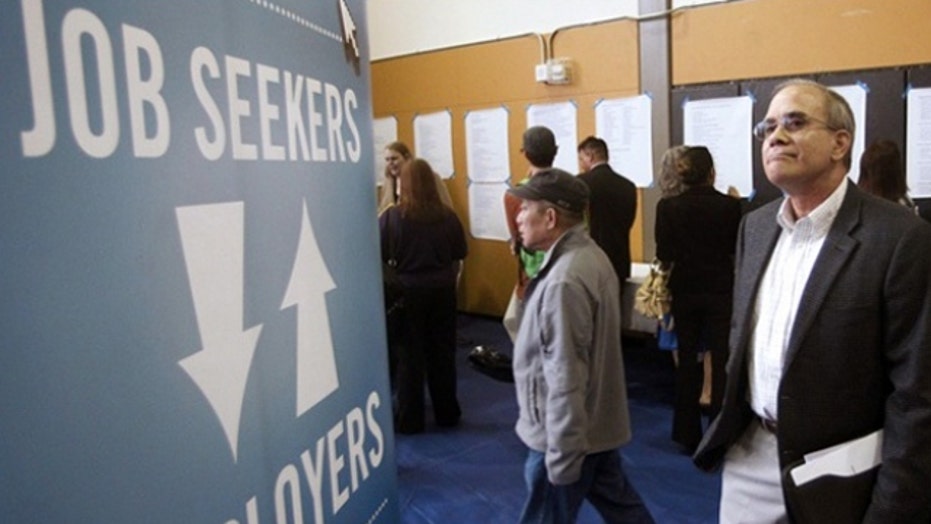 -- Estimated number of jobs added by U.S. employers in March, according to the Bureau of Labor Statistics.

What’s the cause for March’s dismal jobs numbers?

A quick perusal of headlines suggests that worries about automatic decreases to automatic increases in federal spending are the culprit.

No doubt the concerns about what has been dubbed “sequestration” caused some agitation, particularly with government contractors. But the reason the economy added only 88,000 jobs in March, far short of the nearly 200,000 needed to improve the employment picture, is more complicated.

Across-the-board tax increases – six-times larger than the sequestration reductions – concerns about the imposition of new insurance costs under President Obama’s health law and generalized economic anxiety are major factors too. For many economic reporters, the only time a bad jobs report is not “unexpected” is when it can be correlated to budget cuts.

To have the biggest miss in forecast job gains since December 2009 and the worst number since the summer swoon of last year it takes more than just a small reduction to federal discretionary spending. Of course, given how much hype the Obama administration offered ahead of the sequester’s start one could understand that anxieties would be high. But still, that’s not enough to bring hiring nearly to a halt.

Also largely unexplored is the fact that the labor-force participation rate has fallen to the lowest point since May 1979. How much of that is due to the exploding number of Americans enrolled in disability programs and other welfare benefits? How much does it cost to have the smallest share of Americans working since before full female participation?

Whatever the causes for the weakened employment scene, we are seeing clearly one of its effects today as Team Obama looks to find a way to get past the looming fiscal cliffs this summer and fall.

Higher taxes, lower spending and fiscal uncertainty are terrifying to those who hire and fire workers. If Democrats hope to avoid a drubbing in next year’s elections the president needs to end the ongoing fiscal fracas. And if he can’t do that, he needs at least to reclaim the moral high ground on the issues, lost during his sequestration antics.

In the world of lowered fiscal expectations, nothing quite compares to what accounts now for a “long-term” or “grand” bargain. A full-year budget, not seen since 2007 but previously quite normal, is hardly grand.

But after the pitiful fiscal spectacles of the last four years, finding a way to borrow and spend enough money to fast forward to the 2014 elections would be a huge achievement. We don’t expect them to get sober in the first episode of “Celebrity Rehab,” after all.

In widely leaked talking points on the president’s long-delayed budget proposal, expected out next week, the White House is trying to show that the president is interested in a long-term deal, on the order of reducing the increase in the federal debt by some $4 trillion over the next decade. The suggestion is that rather than increasing the debt by nearly $5 trillion by 2023, as estimated by the Congressional Budget Office, to only increase it by $600 billion or so.

Conservatives grumble that it’s not much of a debt reduction plan which increases debt, but take heart at the thought of the president officially embracing any changes to entitlement programs. The growing anger and anxiety of liberals about any changes, even modest ones, to Social Security and Medicare also make Republican fiscal hawks happy. It is evidence that they must be winning.

But it would also call Republicans’ bluff. The GOP has careened from fiscal to crisis to fiscal crisis saying that if only Democrats would be willing to address the long-term drivers of debt, particularly Medicare, then maybe some larger deal could be achieved. Until then, more cuts, please.

For decades Republicans lived in fear of their own whispered worries about Medicare, Social Security and Medicare, seen in 2011 when Mitt Romney savaged Rick Perry for calling Social Security a “Ponzi scheme.” But Romney ended up picking entitlement crusader Paul Ryan for his running mate, apparently having decided that the shock from the third rail was really just a pleasant tingle.

The Ryan pick and the inability of Democratic House candidates to exploit Ryan’s budget plan in 2012 races has left the GOP feeling emboldened on entitlements. Also emboldening is the growing public consensus that the programs are fiscal brownfields in need of detoxification.

Republicans, much changed on entitlements since they cut and ran from President George W. Bush’s proposal for individual Social Security accounts in 2005, have been further emboldened by the knowledge that Democrats would not call their bluff. By asking for something politically impossible, Republicans could stay in the happier space for them of wringing spending reductions, dollar by dollar, out of the Obama Democrats.

Even if Obama fails to get Democrats on board, simply by endorsing modest changes to entitlement programs in decades to come the president makes it much harder for Republicans to refuse him in his demands for higher taxes, higher deficits and higher spending in the next fiscal year.

As we have learned with changes to Medicare that were part of Clinton-era budget deals, future changes can always be undone. The chained CPI of 2013 could easily be unchained in 2015, etc.

This allows Obama to light up Republicans on taxes and spending: “I offered them what they wanted, which was to harm the poor, sick and elderly, and yet Republicans still won’t tax billionaires to pay for programs to strengthen the middle class…”

Obama will be cheered in the center-left press for even discussing entitlements. And as the Washington Post nods approvingly, the screeches and wails from farther left will further illustrate Obama’s preferred narrative that he is being the reasonable man.

(Bitter enders in the Senate who demand no changes be made to entitlements must have missed the moment in 2010 when they ripped up Medicare to pay for a new insurance entitlement program.)

This leaves Republicans looking rather ridiculous. How can they so forcefully object to more borrowing and higher taxes today when the president is willing to change old Democratic legacy programs? One can almost hear the clutch of Republicans on MSNBC caviling against GOP intransigency already.

And Republicans have only themselves to blame. By making their fiscal argument so much about cutting popular entitlement programs, in part based on the impossibility of such changes actually being made, they have created a huge opportunity for Obama to get what he wants now: higher taxes, more spending and weakened Republican opposition after the 2014 elections.

Of course, Obama may lack the political skills to prevent open rebellion in the Senate and see his budget swiftly rebuffed on the left and right. That could well be beginning of the true lame ducking of the president. A stumble here and the economic downturn it would bring could spell the end of Obamism.

But the Republicans have given him a shot at winning the fiscal fights of today with promises of changes tomorrow, so he’s going to take it.

“What he has done completely in contradiction to what he promised as a candidate in '08. He institutionalized the permanent campaign. He's out there raising money at the beginning of the second term when he ought to be here working on the budget, on sequester, and all these other issues. But now he is the essence of exactly the system that he denounced and he promised he would messianically redeem.”