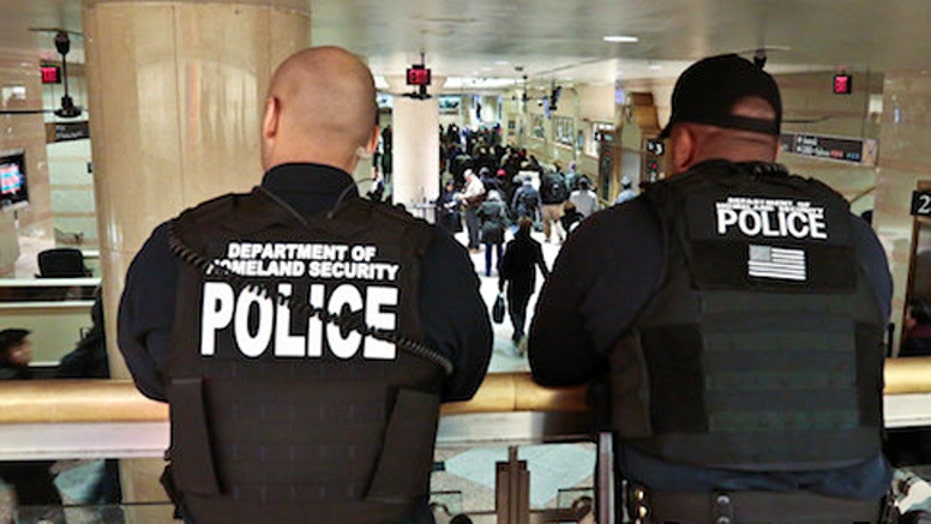 The Department of Homeland Security said Friday that officials are considering “additional security measures” to intercept foreign fighters who have joined up with radical militants overseas, on the heels of reports that two Americans have died fighting for the Islamic State in Syria.

The development comes as the British government raises its threat level to “severe” amid the crisis in the Middle East. The White House said Friday there are “no plans” to follow suit in Washington; DHS Secretary Jeh Johnson said his department and the FBI are not aware of any “specific, credible threat” to the U.S. homeland from the Islamic State.

However, Johnson said the government is “deeply concerned” about the situation in Iraq and Syria and is considering additional precautions – presumably regarding westerners fighting with ISIS who would try to return home.

Without getting into specifics, Johnson said “some of the security measures will be visible to the public and some understandably will be unseen.”

He noted DHS already has taken a “number of steps” to boost security at overseas airports with direct flights to the U.S., as well as steps to “track foreign fighters who travel in and out of Syria.”

Comments from Washington and London on Friday reflected growing concern about the possibility of terror being exported from the battlefields in Syria and Iraq.

President Obama continues to review options for addressing the threat, including the possibility of expanding airstrikes in Syria. The president, though, said Thursday that “we don’t have a strategy yet” for Syria and indicated there would be no imminent decision on a plan.

Republican critics hammered the president for the remarks, saying a strategy is needed soon to “finish them off.”

Across the Atlantic, British Prime Minister David Cameron spoke in dire and tough terms as he raised the U.K. terror threat level.

“We cannot appease this ideology; we have to confront it at home and abroad,” he said.

Cameron voiced specific concern about the threat posed by foreign fighters in the Middle East. He said at least 500 people are believed to have traveled from Britain to fight in Syria and possibly Iraq.

Though fewer Americans are believed to have joined the fight in the Middle East, the White House said Friday the government will be “vigilant” about the threat posed by foreign fighters with western passports considering returning to the West to stage attacks.

In recent days, two Americans were reported to have been killed fighting for ISIS in Syria. One was from Minneapolis; the other, from San Diego.

Citing those cases, Sens. Lindsey Graham, R-S.C., and John McCain, R-Ariz., sent a letter to Attorney General Eric Holder on Friday asking whether lethal force can be used against Americans who join terrorist organizations in Syria and elsewhere.

"We believe that, consistent with the Law of War, the United States may use lethal force against or detain as an unprivileged enemy belligerent any citizen ... who collaborates with or joins terrorist groups like ISIL," the letter said.