But while some in the caucus have indeed pivoted to issues like health care, senior Democratic lawmakers have sought to keep the investigations humming, ramping up their anti-Trump probes on a variety of fronts while mounting a battle with the Justice Department over access to the complete Mueller report and its underlying materials.

Last week, the House Judiciary Committee voted to authorize subpoenas for five former Trump advisers, intensifying the committee’s sweeping probe into Trump and his personal, business and political dealings. This came as the committee voted along party lines to authorize subpoenas for the full Mueller report. Chairman Jerrold Nadler, D-N.Y., already has sent document requests to 81 individuals and entities connected to the president, as part of his probe into “alleged obstruction of justice, public corruption, and other abuses of power by President Trump.”

Meanwhile, the House Ways and Means Committee asked the Internal Revenue Service for six years of the president’s personal and business tax returns. Committee Chairman Richard Neal, D-Mass., formally requested the returns—marking the first request in 45 years for such documents related to a sitting president. The move is sure to set up a legal showdown between congressional Democrats and the White House.

“It’s critical to ensure the accountability of our government and elected officials,” Neal said in a statement. “To maintain trust in our democracy, the American people must be assured that their government is operating properly, as laws intend.”

In a separate request related to Trump’s finances, the House Oversight Committee authorized a series of subpoenas for Trump’s accounting firm, Mazars Accounting. Chairman Elijah Cummings, D-Md., told reporters that the firm would respond to the committee’s request for financial documents and audits prepared for Trump and his businesses over the last decade.

Cummings’ committee, since the release of the Mueller report, has also formally voted to authorize and issue subpoenas for information related to both White House security clearances and the Trump administration’s decision to add a citizenship question to the 2020 census.

The committee voted last week to subpoena White House personnel security director Carl Kline over a series of controversial security clearances. As for the census, committee Democrats said they wanted specific documents that would determine why Commerce Secretary Wilbur Ross decided to add the question.

And on the other side of Capitol Hill, Democratic Sen. Elizabeth Warren joined Rep. Stephen Lynch, both from Massachusetts, to request an investigation into whether the White House is interfering with, or overruling, Secret Service recommendations about which guests at Trump’s Palm Beach property, Mar-a-Lago, should have access to the president. 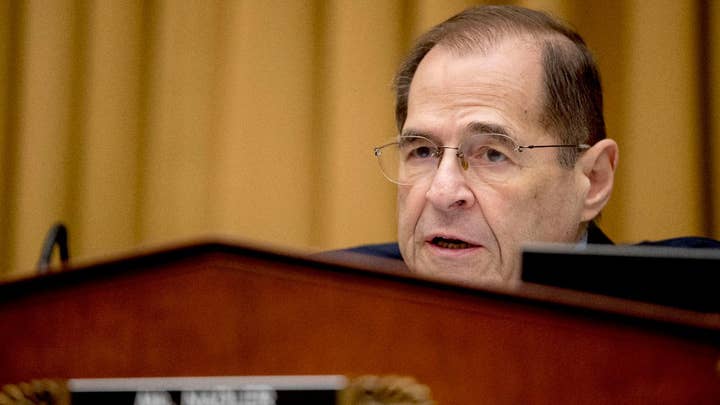 Warren and Lynch penned a letter to the acting inspector general of the Department of Homeland Security requesting the probe, citing a series of reports that suggested the resort could be a channel for foreign adversaries to seek influence in federal policy and national security -- after a woman was arrested at the club allegedly carrying two Chinese passports and malware.

All of these developments have come since March 24, when Attorney General Bill Barr released his summary of the Mueller report stating the special counsel found no evidence of collusion between members of the Trump campaign and the Russians during the 2016 presidential election.

A day after that momentous transmission, Pelosi, D-Calif., called for renewed focus on a legislative agenda.

“This is really important today. Because we must with all that is going on stay focused on our purpose,” she said. 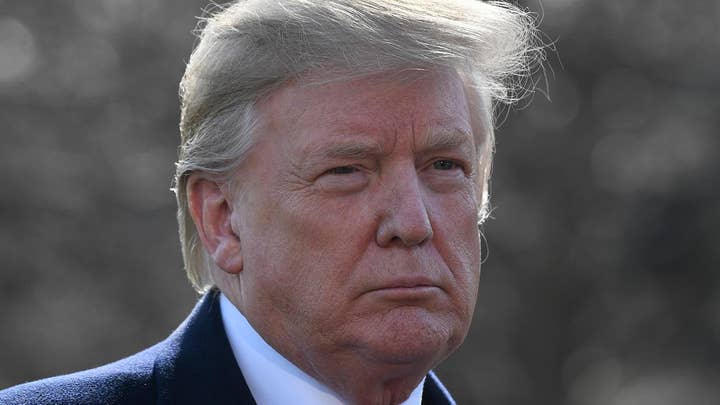 But top Democrats leading prominent congressional committees have, instead, expanded their existing Trump-focused investigations, with some moving in new directions.

The push for Trump's tax returns, however, was months in the making.

Democrats, since taking back the majority, have had every intention of targeting Trump’s tax files. In January, just days after reclaiming the majority, Democrats rolled out a broad ethics reform package that specifically requires presidents to disclose at least 10 years of their tax returns to the public.

The topic has been a contentious one since Trump's time on the campaign trail in 2016 as he refused to abide by past practice of presidential candidates and release his returns.

Trump, when informed of Neal’s request, said he was still “not inclined” to turn over his tax documents.

“We’re under audit, despite what people said, and we’re working that out—I’m always under audit, it seems, and I’ve been under audit for many years, because the numbers are big, and I guess when you have a name, you’re audited. But until such time as I’m not under audit, I would not be inclined to do that,” Trump told reporters in the Oval Office last week. 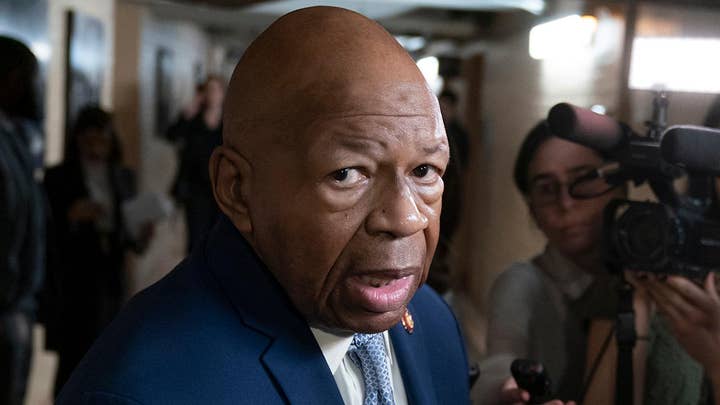 Meanwhile, other Trump-focused investigations on Capitol Hill are ongoing.

House Intelligence Committee Chairman Adam Schiff, D-Calif., is investigating the president’s foreign business dealings and Russian election meddling, maintaining that despite the results of Mueller’s probe, there is evidence of collusion. 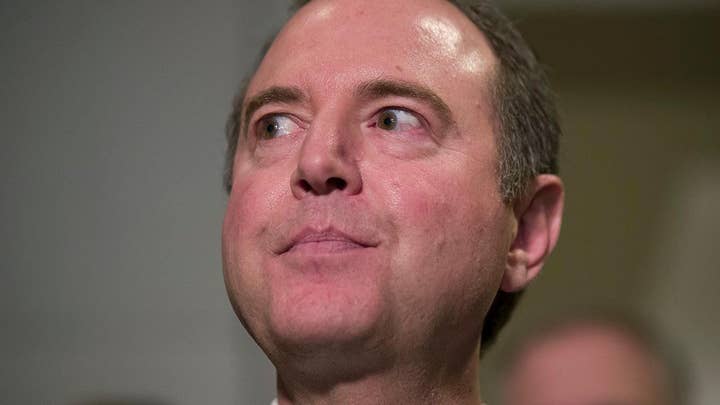 Schiff’s panel has also weighed subpoenaing the interpreter who was present for meetings between Trump and Russian President Vladimir Putin, to obtain notes from the summits.

Schiff and Waters have together said they would run a joint investigation into Deutsche Bank—which has done extensive business dealings with the president. Last year, Schiff charged that Trump’s financial records with Deutsche Bank and Russia may reveal a “form of compromise” that “needs to be exposed.” Schiff has long maintained that there had to be some reason that the German banking giant, which he said has a “history of laundering Russian money,” was willing to work with the Trump Organization.

Trump, for his part, tried to pivot from investigations into him and encourage Democrats to begin probes instead into the early stages of the Russia probe—like the Senate Judiciary Committee has announced—and focus on legislation.

“According to polling, few people seem to care about the Russian Collusion Hoax, but some Democrats are fighting hard to keep the Witch Hunt alive. They should focus on legislation or, even better, an investigation of how the ridiculous Collusion Delusion got started—so illegal!” Trump tweeted Thursday.

Earlier in the week, Trump blasted both Schiff and Nadler, specifically, claiming Democrats would never be satisfied.

“There is no amount of testimony or document production that can satisfy Jerry Nadler or Shifty Adam Schiff. It is not time to focus exclusively on properly running our great Country!” Trump tweeted Tuesday.

Last month, the president accused Democrats of simply "wasting everyone's time," with their investigations into "the same nonsense."

But despite Pelosi’s calls for action, she has said she has faith in her committee chairs and their investigations.

After the State of the Union in February, Pelosi said, “It’s our congressional responsibility, and if we didn’t do it, we would be delinquent in that.”

Fox News' Gregg Re and Andrew O'Reilly contributed to this report.