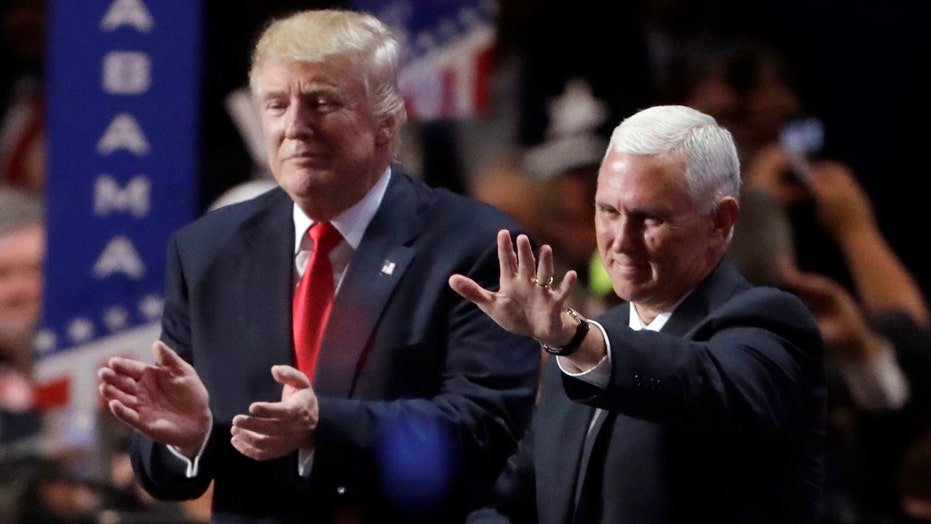 “What we didn't hear is what Trump will do to keep jobs,” said Democratic National Committee Chairman Debbie Wasserman Schultz. “He has no new plans, only bluster, fear and chaos. America is better than this.”

The Florida congresswoman, a faithful Clinton supporter, was joined at the event by Sens. Cory Booker, of New Jersey, and Al Franken, of Minnesota, in arguing that Republicans this week at the convention have gone too far in assailing Clinton -- including New Jersey Gov. Chris Christie, whose Clinton-centric speech so whipped up the crowd that members chanted: “Lock her up. Lock her up.”

Booker, mentioned lately as part of Clinton's short-list for vice president, said he made the unplanned trip to Cleveland because the first three days of the convention have been “one of the most painful and saddest experiences of my life.”

“It was so bad that I had to come here,” he said at the press conference. “I couldn’t believe how many lies.”

However, he couldn’t promise that the Democratic National Convention would include no attacks on Trump and running mate Indiana Gov. Mike Pence, whom Wasserman Schultz called “one of the most extreme vice presidential picks” in history.

Booker said he could only speak definitively for himself regarding what might happen at the four-day convention in Philadelphia that starts Monday.

“You’re going to see kindness,” he said. “I’m pretty confident about my party and people I know speaking. I can virtually guarantee that you will see a marked difference.”

Booker said he remains uncertain about whether he’ll even be asked to give a convention speech but that he’s still working hard on his remarks.

“You can be sure mine are going to reflect the people who most inspired me,” he said.

The tone of the campaign so far would suggest Democrats have little interest in holding their fire in Philly, amid an election where Clinton has called Trump “dangerously incoherent” as well as “unfit” and “unqualified” to be president, while fellow Democrats have repeatedly criticized his comments and views on Mexicans, Muslims and illegal immigration.