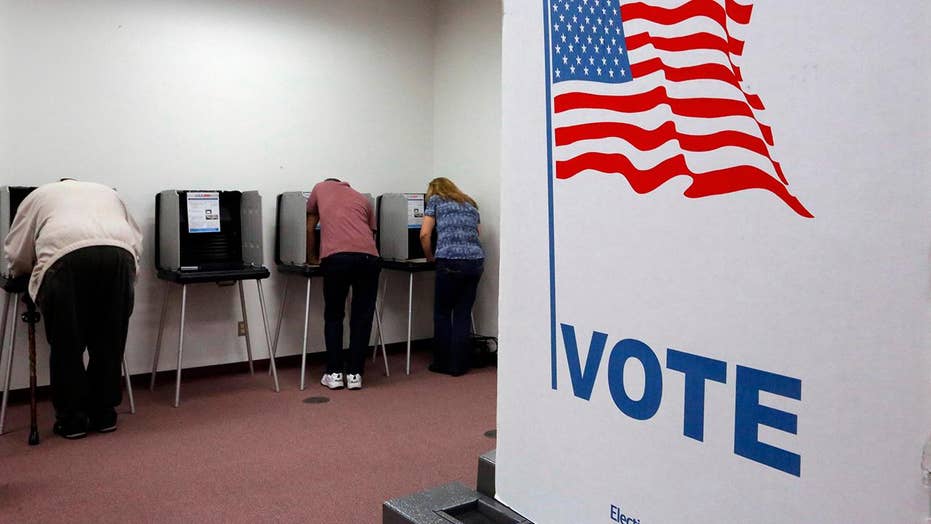 Party struggling to unite behind one message to challenge President Trump.

Democrats are taking a mulligan on a slogan for the midterms after their first was mercilessly mocked, this time hoping to tap into the populist spirit under the message: “For the People.”

Politico reported that the slogan was unveiled in a private meeting Wednesday, and is meant to focus on economic issues.

Senate Minority Leader Chuck Schumer, D-N.Y., and House Minority Leader Nancy Pelosi, D-Calif., for months have been warning members against focusing solely on President Trump -- particularly impeaching him -- and urging them to return to the economy.

Yet it’s not clear how successful the new push will be with a roaring economy under the Trump administration. Pelosi said in May that Democrats would work to roll back the Trump tax cuts if they retake Congress. That statement was met with glee by Republicans, who cited it as proof that Democrats want to raise taxes.

Republicans reacted similarly to the “For the People” slogan, with the official House GOP Twitter account putting out a video attacking Democrats’ economic agenda.

The new slogan also faced a hiccup when The Daily Caller reported that the website forthepeople.com already is registered by a Florida personal-injury law firm, which says it is committed “to protecting the people, not the powerful.”