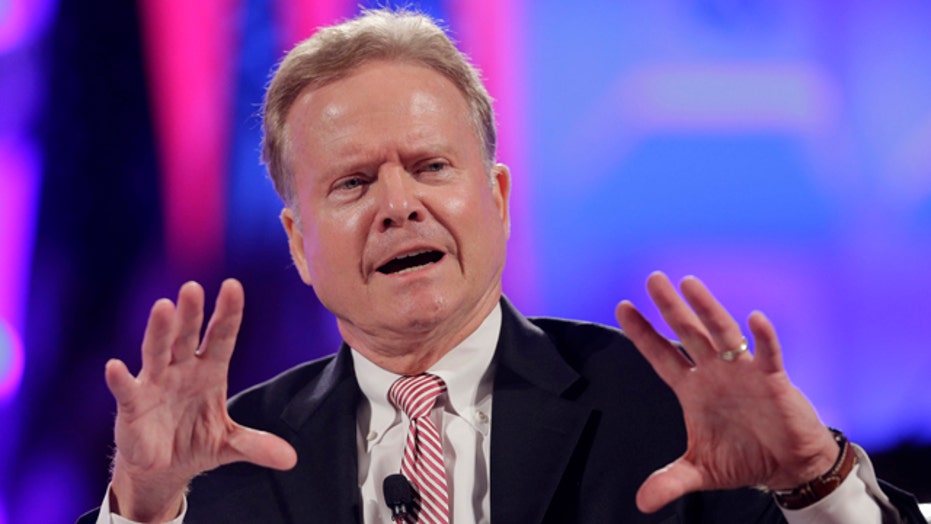 Is there room for Jim Webb in the race for the White House?

Former Virginia Sen. Jim Webb is jumping into the race for president, becoming the latest Democrat to try for a primary upset over frontrunner Hillary Clinton.

In a message to supporters obtained by Fox News, and later posted on his website, Webb says: "After many months of thought, deliberation and discussion, I have decided to seek the office of the Presidency of the United States."

Webb's entry brings the total number of Democratic presidential candidates to five. Clinton continues to dominate the field, though Vermont Sen. Bernie Sanders lately has been gaining in the polls.

But Webb, 69, is cut from a far different political cloth than the independent, socialist-leaning Vermont senator.

A highly decorated Vietnam veteran and former secretary of the Navy under the Reagan administration, Webb had been seriously mulling a presidential run since establishing an exploratory committee in November 2014.

Considered a moderate-to-conservative Democrat who supports gun rights and is strong on defense, Webb contends his candidacy would appeal to a wide swath of voters who feel disenfranchised by Washington politics.

In his statement, he said the country needs a "fresh approach" to its problems.

"I understand the odds, particularly in today's political climate where fair debate is so often drowned out by huge sums of money. I know that more than one candidate in this process intends to raise at least a billion dollars -- some estimates run as high as two billion dollars -- in direct and indirect financial support," he wrote. "We need to shake the hold of these shadow elites on our political process."

Webb also chided both parties on national security. He said he would not have advocated the Iraq war or used military force in Libya during the Arab Spring.
"I warned repeatedly that this use of our military did not meet the test of a grave national security interest," he said, adding: "The attack in Benghazi was inevitable in some form or another."

But he said he "would make it clear to our friends and our potential adversaries that we will retain vigorous relationships with our treaty partners and our allies, and that we will meet and defeat any international terrorist movement that threatens our national security."

Webb cited his military experience as well as his domestic policy record in the Senate. As a senator, Webb was credited with sponsoring and shepherding the new G.I. Bill, which gave returning Iraq and Afghanistan vets improved education and other benefits for the first time since World War II. His last days in office were marked by efforts to reform the prison system, particularly mandatory sentences for non-violent drug offenders.

Webb, who is also a war novelist, served under Reagan from 1984 to 1987 but quit after refusing to reduce the size of the Navy during budget talks. He was a U.S. Marine Corps platoon and company commander in Vietnam, earning a Navy Cross, the Silver Star, two Bronze Star Medals and two Purple Hearts for his actions in combat.

Webb has a high hill to climb in the 2016 race. Most polls show him trailing with just over 2 percent nationally, roughly tied with former Maryland Gov. Martin O'Malley.