Rep. Rashida Tlaib's, D-Mich., new plan to fight poverty is a "deeply immoral" proposition that encourages people not to work, according to Rep. Dan Crenshaw, R-Texas.

Rep. Crenshaw made the remarks Monday on "The Story," adding the Michigan Democrat is exhibiting a poor grasp of two key social structures.

"It's a misunderstanding of economics because one, we always have to ask the question 'how are we going to pay for it?'," he claimed.

"It also doesn't make sense because it basically entices people not to work. If you are making $49,000 a year, then you're going to have an incentive not to take that extra job or extra promotion because you're going to lose your benefits."

Tlaib's plan, the Livable Income for Families (LIFT) Plus Act, would offer direct payments of $3,000 to people making less than $50,000 per year. 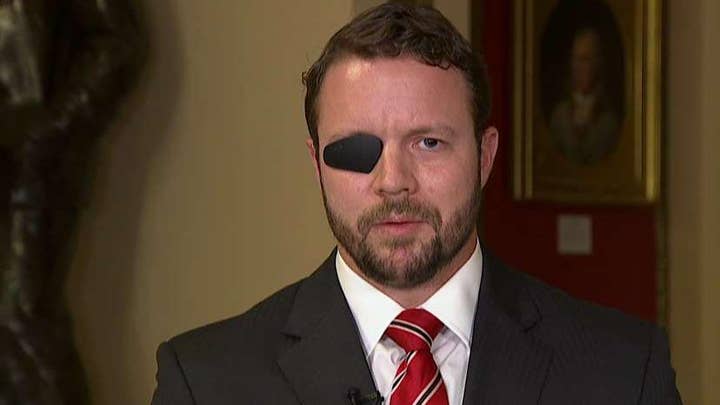 Crenshaw said he believed Tlaib's plan is "not a smart or efficient way to do welfare policy," adding earned income tax credits or work requirements for welfare would be more preferable modes of welfare reform.

He claimed the proposal could increase some Americans' reliance on welfare and other social programs.

"It also misunderstands human nature because It's basically making people dependent on government. We have to ask ourselves the question, why wouldn't she propose a tax cut?" he asked.

"This is deeply immoral. It's not the right thing to do. We don't want another bureaucracy handing out money, we just want people to keep more of their money, so why doesn't she work with us on tax cuts?"