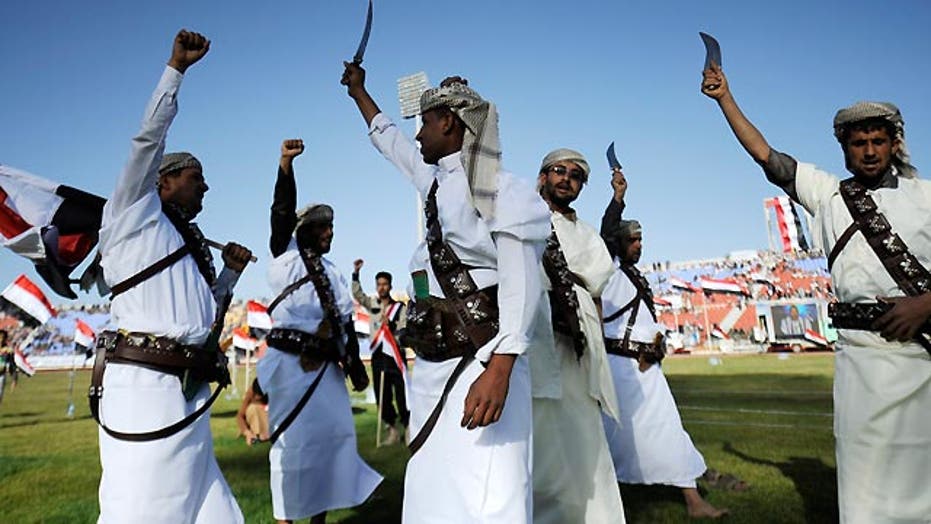 How could Yemen's fall take US officials by surprise?

Nick Rasmussen, director of the National Counterterrorism Center, told the Senate Intelligence Committee that the Yemeni army's response to the advancing Houthi rebels resembled the Iraqi military's response to an onslaught by the Islamic State terror group (ISIS) that ended in the capture of Iraq's second-largest city this past summer.

"As the Houthi advances toward Sanaa [Yemen's capital] took place," Rasmussen said, "they weren't opposed in many places. ... The situation deteriorated far more rapidly than we expected."

Rasmussen made the admission under questioning by Sen. Roy Blunt, R-Mo., who noted that President Barack Obama recently touted Yemen as a successful counterterrorism partnership. Now, it's a "total disaster," Blunt said.

The Houthis overran Sanaa last September and placed Yemen's U.S. and Saudi-backed President, Abed Rabbo Mansour Hadi under house arrest last month along with all the members of his Cabinet, leading to their mass resignations. That was quickly followed by the disbanding of the country's parliament.

Earlier this week, the U.S., the U.K., and France announced that they were closing their embassies in Sanaa and evacuating all personnel. British and French officials advised their citizens still in Yemen to leave the country immediately.

The Washington Post reported Thursday that the U.S. embassy's closure has also forced the CIA to pull out dozens of personnel, including senior operatives who were working with Yemen's government against terrorists.

The success of the Iran-backed Houthis has proven to be a benefit to Al Qaeda in the Arabian Peninsula (AQAP), the terror group's affiliate in that country. The group claimed responsibility for last month's deadly attack on the French satirical magazine Charlie Hebdo and has recently stepped up attacks in central and southern Yemen.

On Friday, Yemeni security officials said a suicide car bomber struck police headquarters in the central city of Bayda, which had recently been captured by the Houthis. There was no immediate word of any casualties.

The ambassador, Jamal Benomar told the U.N. Security Council that the instability is creating conditions for al-Qaida, a Sunni extremist terror group, to establish a foothold in more parts of the country. His remarks came just hours after Yemeni military officials said al-Qaida militants seized control of an important army base in the south.