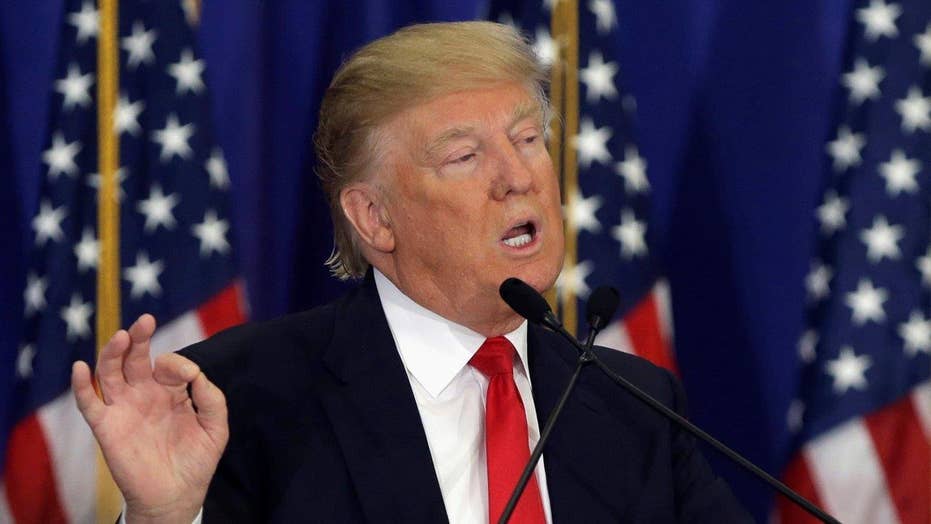 Contest after contest has shown Hillary Clinton has the overwhelming support of black voters in the 2016 Democratic primary – but up against Donald Trump, the general election might be a different story.

To be sure, nobody expects Trump or any GOP presidential candidate to win the majority of the black vote, which has been with Democrats since the mid-1930s. Clinton has every reason to believe most black voters sticking with her in the primary against Bernie Sanders would do so in a general election as well.

However, analysts suggest that to consider the black vote a monolith for Clinton in November, should she win the nomination, would be a mistake. The Trump jobs message that has attracted so many disaffected white, blue-collar workers could resonate with black voters equally frustrated by chronic unemployment and unfulfilled promises of change – and Trump’s accelerating march toward the GOP nomination has proven his knack for bringing in voters who might not normally pick a Republican.

“If anything, he knows the economy,” Luz Nelson, a beautician and black South Carolina voter, said days before the front-running Clinton won the state Democratic primary with more than 80 percent of the black vote.

“I’m a New Yorker, too,” Nelson continued. “I know where he’s coming from. Nobody controls Donald Trump.”

If he wants to put any significant portion of the black vote in play, Trump would have to do better than past GOP nominees -- if he indeed is his party’s standard-bearer come November.

“If Donald Trump is indeed the Republican nominee, it might be a miscalculation for Democrats to take for granted that black voters are a lock for their nominee, even with [Bill Clinton] and Barack Obama campaigning for her,” Smiley wrote in a USA Today op-ed.

“There is no reason to believe that if he is his party’s nominee, Donald Trump wouldn’t make a serious play for black voters. Who knows how many he might skim? In a close election, it might not take much.”

Clinton has since South Carolina in early February continued winning the black vote in large numbers across the South. She did so again in the Mississippi primary Tuesday night, though Sanders’ upset victory in Michigan all but eclipsed that success.

Meanwhile, she has secured a long list of influential African-American endorsements, from actor Morgan Freeman to civil rights icon Georgia Democratic Rep. John Lewis, while the front-running Trump appears to be struggling to make grassroots connections.

Online videos appear to show Black Lives Matters activists protesting and disrupting recent rallies, as Trump can be heard in the background of one event telling security to “throw them out.”

And critics say he failed during a recent national TV appearance to unequivocally disavow support from former Klu Klux Klan leader David Duke – though Trump has since disavowed it, and downplayed the controversy.

Democratic and Republican strategists seem to agree, though, that the billionaire businessman Trump – charisma, bravado and all – has at least captured the interest and curiosity of black voters.

“Up until the KKK thing, he had been doing pretty well,” Douglas Smith, a Democratic strategist and partner at Kent Strategies, said Tuesday. “He oozes this appearance that everybody can fly in a gold jet and have a mansion. I think it’s his signature charisma.”

Smith nevertheless suspects Trump will ultimately come up short because he doesn’t have the “deep well of support” with the black community like Clinton has -- built over the course of roughly 40 years of public service.

And he says Trump lacks the ground game and the kind of party support that would coalesce around Clinton or Sanders.

“I will not let people die on the streets for lack of health care,” he roared in a debate last month.

However, Burgess thinks other black voters believe Trump will indeed boost the economy for American workers and added, “He can sway some black voters … due to his charisma.”

The Trump campaign declined to comment on efforts to connect with black voters.

However, the campaign has occasionally used two black women – the “Stump for Trump Girls’’ -- as a warmup act on the trail and whose performances have become an Internet sensation.

The Rev. Issac Holt, senior pastor at the Royal Missionary Baptist Church, in North Charleston, S.C. – who was visited by both the Clinton and Sanders’ campaigns – thinks the wild card for Trump or any other GOP nominee is the energy they are bringing to the race. But they need to get into the communities.

“What’s missing is the enthusiasm,” he said. “In South Carolina, they didn’t even seek the black vote, in my opinion.”