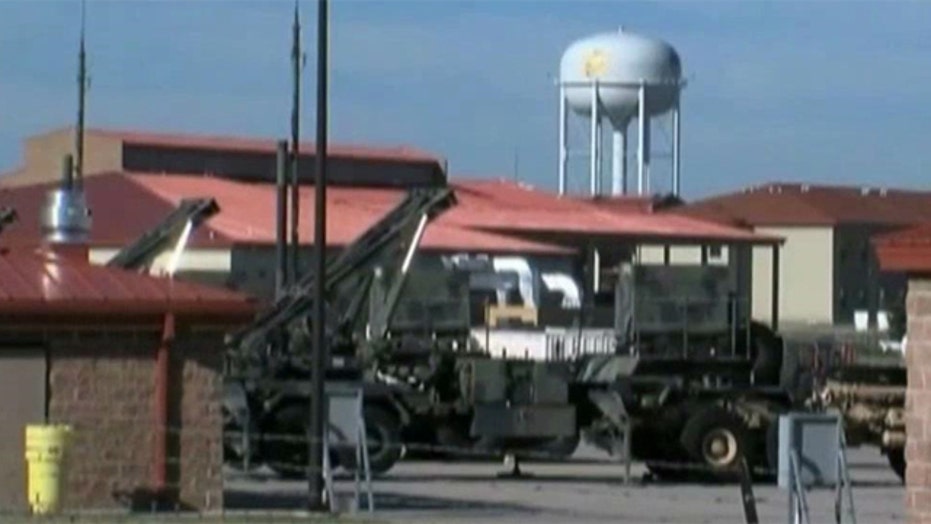 Inside the impact of border crisis on the military

More than 2,700 unaccompanied minors who came across the southern U.S. border illegally are now being housed and cared for at military bases in California, Texas and Oklahoma, raising concerns about overburdening the facilities.

On Tuesday, the Pentagon – which provided the 2,700 figure -- confirmed it was in discussions with the Department of Health and Human Services to take on additional unaccompanied minors. But neither agency would reveal how many children were being discussed or what military facilities could be impacted.

"We're proud to be able to support them in this regard, but it is a temporary mission," Pentagon spokesman Rear Admiral John Kirby said.

Kirby said the Pentagon has reached a mutual agreement with HHS to care for the children for 120 days, but there already is some dispute about that timeframe.

Rep. Jim Bridenstine, R-Okla., said, "There are rumors ... that they've already had requests from HHS to have, you know, a new 120-day period beyond the first 120-day period."

"We have barracks that troops need to use to train, and it certainly doesn't help when our military bases are being used as refugee camps," he said.

Bridenstine added that he was turned away when he tried to get a firsthand look at the situation at Fort Sill in Oklahoma and was told to make an appointment for three weeks later, despite his objections.

He has criticized plans to hold a "media tour" for journalists on Thursday.  Restrictions include bans on recording devices, asking questions and talking with staff.

"When the government tells you, 'You can tell a story, but you have to tell the story that the officials in the United States government will tell you that you can tell,' that is not within the keeping of the Constitution," he said.

The administration has said there are critical reasons for the restrictions.

According to the Administration for Children and Families at the U.S. Department of Health and Human Services: "In order to protect the safety and privacy of the children, it has long been HHS's standard policy to not allow recording devices in Office of Refugee Resettlement shelters for minors. Children in these shelters are especially vulnerable.  ...  They may have been trafficked or smuggled."

In addition to the burden on military facilities, Rep. Phil Gingrey, R-Ga., a physician, has raised health concerns.

In a letter to the Centers for Disease Control and Prevention, Gingrey cited concerns about swine flu, Ebola virus and tuberculosis and asked the agency to "take immediate action to assess the public risk posed by the influx of unaccompanied children..."