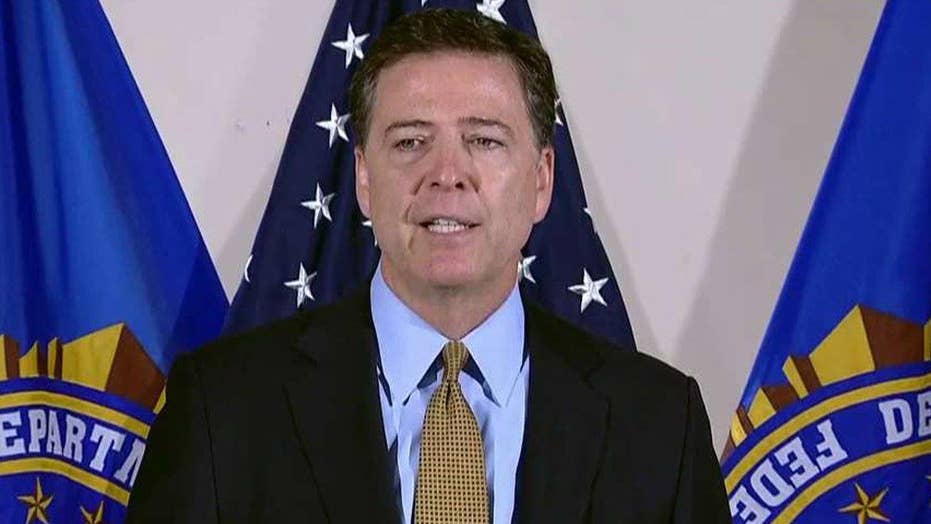 FBI Director James Comey acknowledged Tuesday that his agency failed to get access to Democratic National Committee servers and the smartphone of Hillary Clinton’s campaign chairman allegedly hacked by Russia in the 2016 presidential race.

Thousands of emails from the servers and Chairman John Podesta’s device were stolen, then made public during the race, which Clinton lost to Republican presidential nominee Donald Trump.

But the FBI’s repeated requests for access to the devices were denied. So the agency instead had to rely on the findings of a “highly respected private company,” Comey said.

“Our forensics folks would always prefer to get access to the original device or server involved,” he said in a Senate Intelligence Committee hearing about Russia’s intelligence activities during the election.

Comey said he didn’t know why the FBI was denied access.

He testified along with CIA Director John Brennan and Director of National Intelligence James Clapper. They spoke publicly for the first time since their agencies last week briefed Capitol Hill leaders, President Obama and Trump about the alleged Russian hacking and released an unclassified report on their findings.

The report concluded that Russia and Russian President Vladimir Putin medddled in the election but found no evidence of vote tampering.

Clapper on Tuesday repeated that the U.S. intelligence community “does not access the impact” of such tampering nor “draw any conclusion.”

Comey acknowledged Tuesday that the Republican National Committee also was hacked but only with “limited penetration.” He also said the hackers gained access only to “old domains.”

He said the investigation also found evidence of “intrusions” on state-level voter databases but no activity was detected on Election Day.

Comey said there was no evidence that the Trump campaign was hacked and that Russia appeared to increase its activity on the Clinton campaign last summer as she increased her temporary lead over Trump.