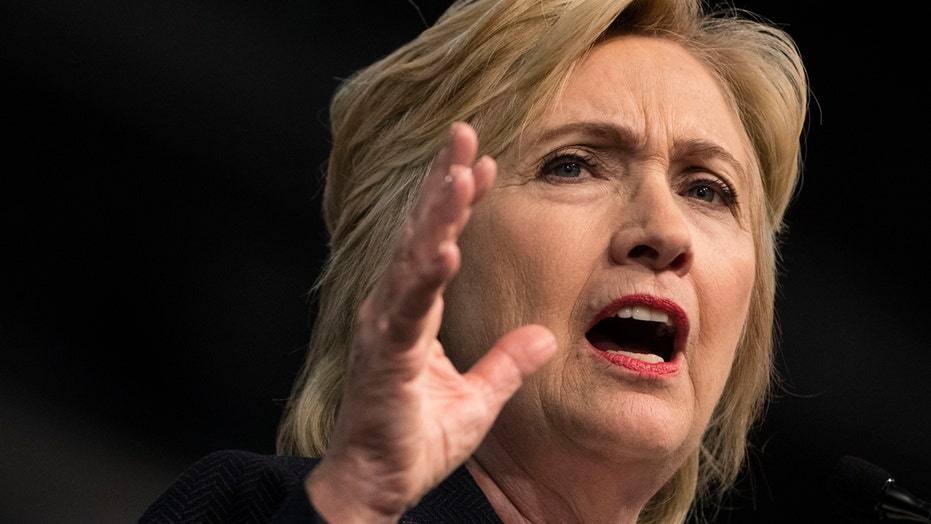 Hillary Clinton tried Monday to take some of the spotlight and energy away from the Republican National Convention -- kicking off a new voter-registration effort while rallying NAACP members just miles away with a blunt call to reform America’s police departments.

“Many African-Americans fear the police,” the presumptive Democratic presidential nominee said at the annual NAACP convention in Cincinnati. Speaking more generally, she urged an end to “systemic racism.”

The remarks follow controversial police-involved shootings of black Americans, but also a rash of deadly violence aimed at law enforcement, most recently the death of three officers in Baton Rouge, La.

“This madness has to stop. We have difficult, painful and essential work ahead of us to repair the (damage) between the police and the community,” Clinton said, arguing “these murders” threaten decades of improved race relations.

At the same time, Clinton called for police reform, as well as reform to the U.S. criminal justice system in which blacks are disproportionally incarcerated.

“I pledge to you that I will take action from day one and every day until we get this done,” she said.

The Republican National Committee hit back, with National Director of African American Initiatives and Media Telly Lovelace saying in a statement: “Hillary Clinton’s platitudes on gun control and public safety will not ensure an America in which both civilians and law enforcement can feel safe in their own neighborhoods.”

Clinton, meanwhile, offered pointed remarks on the start of the Republican convention in Cleveland and her presumptive rival Donald Trump.

“We all know about that other convention happening up in Cleveland, but this is where I’d rather be,” Clinton said. “I’d rather be right here with you.”

Clinton, whose support from black voters during the Democratic primary -- particularly across the South -- helped her secure the nomination, devoted much of her roughly 30-minute speech to attacking Trump and touting plans, if elected, to help black voters.

“The Republican nominee will do the exact opposite,” she said, arguing Trump declined an invitation to speak at the event. “He plays coy with white supremacists. … He demeans women. And he wants to ban an entire religion from entering the country.”

“Now, I think your votes count more than ever,” she said.

The goal of the plan is also to get the newly registered voters to commit to going to the polls on Election Day. The effort will including online registration as well as outreach efforts in such places as youth baseball games, beauty shops and street corners.