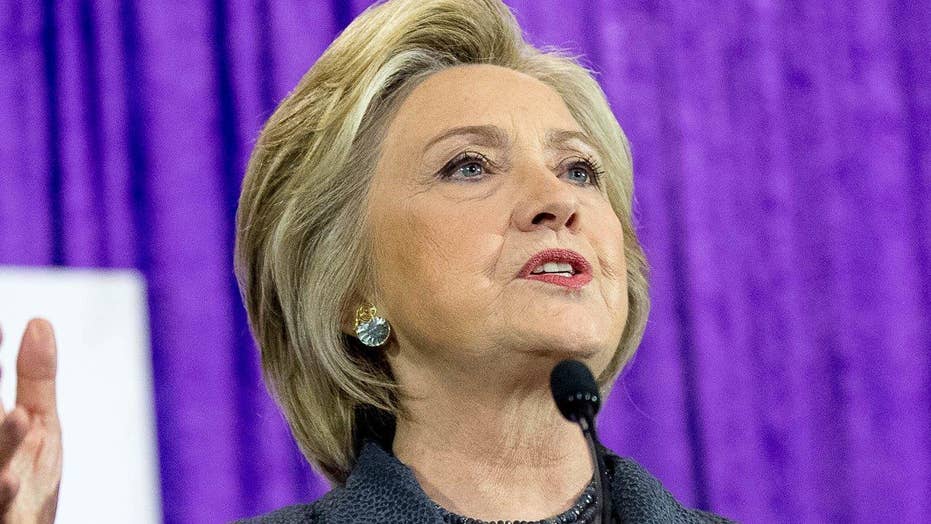 The Hillary Clinton campaign moved Saturday to further distance itself from the re-ignited controversy about President Obama’s birthplace and long-time Clinton confidant Sidney Blumenthal, saying neither Clinton nor the 2008 campaign “ever” questioned the president’s citizenship.

Donald Trump, Clinton’s Republican presidential rival, revived the so-called “birther” issue earlier this week when he declined to say definitively whether Obama is a U.S. citizen.

The controversy gained momentum Friday when former McClatchy D.C. bureau chief James Asher tweeted that Blumenthal “told me in person” that Obama was born in Kenya.

On Saturday, 2016 Clinton campaign spokesman Brian Fallon told Fox News:  "As multiple, independent fact checkers have affirmed in the years since, neither the 2008 campaign nor the candidate ever questioned the president's citizenship or birth certificate."

The Clinton campaign on Friday made a similar effort to deny accusations about spreading the birth issue in 2008 -- when Clinton was in a hard-fought race with Obama for the Democratic presidential nomination.

Blumenthal of Saturday told Fox News that he didn’t tell McClatchy that Obama was born in Kenya.

“This is false. Never happened,” he said. “Period. Donald Trump cannot distract from the inescapable fact that he is the one who embraced and promoted the racist birther lie and bears the responsibility for it.”

Trump, a leader in the call for Obama to finally make public a copy of his Hawaii birth certificate, said on Friday the issue is over and called for the campaigns to move on with substantive issues.

Still, he blamed Clinton for starting the controversy.

“Hillary Clinton and her campaign of 2008 started the birther controversy. I finished it,” Trump said in Washington, D.C. “President Barack Obama was born in the United States, period. Now we all want to get back to making America strong and great again.”

Blumenthal has been a Clinton supporter since Bill Clinton, Hillary’s husband, was president from 1993 to 2001.

However, his apparent efforts to influence Clinton and perhaps earn a top post in her or Obama’s administration has emerged as a liability for Clinton -- who is now in a neck-and-neck race with Trump.

Thousands of emails that the federal government released from Clinton’s private server while she was secretary of state show Blumenthal offered intelligence and guidance about Libya, where Ambassador Christopher Stevens and three other Americans were killed in 2012 at a U.S. outpost in Benghazi.

And Obama administration officials, in fact, kept Blumenthal from earning a State Department post when Clinton was secretary, as a result of Blumenthal’s efforts during the 2008 primary.

In 2011, Obama made public documents that state he was born at 7:24 p.m. on Aug. 4, 1961, at Kapiolani Maternity and Gynecological Hospital in Honolulu. It is signed by the delivery doctor, Obama's mother and the local registrar.