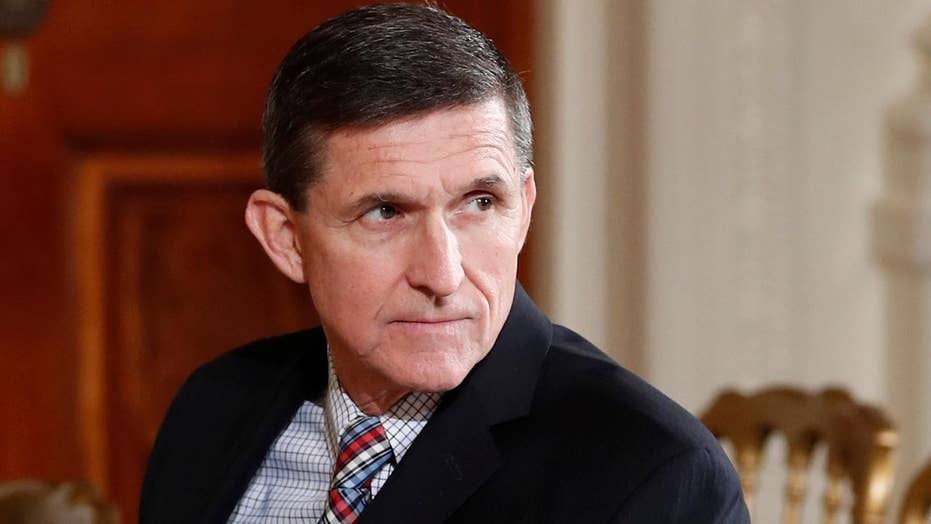 The House Oversight and Government Reform Committee’s chairman said Monday that his committee will determine how much money President Trump’s former national security adviser will have to remit to the U.S. over payments from governments.

Politico reported that Rep. Jason Chaffetz, R-Utah, said the determination may come as early as Tuesday and could amount to “tens of thousands of dollars.” Chaffetz reportedly said there was no criminal referral regarding Gen. Michael Flynn.

“We have paperwork that’s due from the White House, the Pentagon, and the State Department today, but we may be doing something later this week related to his payments that he received from not only Russia but Turkey as well,” Chaffetz said on MSNBC.

Flynn reportedly did not reveal payments he received from three Russia-connected entities on a financial disclosure form he filed upon joining the Trump administration.

Flynn ultimately filed two financial disclosure forms, one Feb. 11 and one on Friday. On the first form, filed days before Trump asked Flynn to resign as national security adviser for misleading Vice President Mike Pence about a conversation Flynn had with the Russian ambassador to the U.S., the retired Army lieutenant general omitted payments he received for three speeches to Russian companies.

One of the companies was RT, a media outlet funded by the Russian government. Documents released by a congressional committee show that Flynn was paid $45,000 for that appearance.

The other two companies were the Volga-Dnepr Group, a Russian air-cargo company; and Kaspersky Government Security Solutions, a U.S. subsidiary of a leading Russian cybersecurity firm.

Flynn's lawyer Robert Kelner told the Associated Press the first filing included the speaking fees in bulk. He also noted that the initial filing was a draft and was not followed by consultations with federal ethics officials because Flynn left the administration just days after turning it in.

In addition to the speeches, Flynn earned more than $1.3 million for work for technology firms, political groups and government contractors as well as lobbying for a firm owned by a Turkish businessman.

Flynn's recent financial history, made available Saturday by the White House, comes amid his effort to win immunity from congressional probers in exchange for his cooperation with official inquiries into contacts between Russia and Trump's campaign in 2016.

Kelner said that Flynn's first filing normally would have been revised through a consultation between the White House counsel's office and the U.S. Office of Government Ethics.

"Because he resigned, that usual consultation process was suspended. When the White House contacted him this week, and asked him to complete the process, he did so," Kelner said, noting the second filing is the finalized version.