Mexico dominant source of illegal fentanyl in US: Report

Fox News national correspondent Bill Melugin has the latest from the southern border.

Customs and Border Protection (CBP) on Friday said it had seen a "substantial increase" in fentanyl seizures at the southern border in January, just as it confirmed that there were 153,941 migrant encounters last month.

CBP’s monthly operational update confirmed Fox News’ reporting on Wednesday that there had been 153,941 encounters in what is typically a slow month for border crossers. The number is nearly double the 78,414 migrant encounters in Jan 2021, and more than quadruple the 36,585 in Jan 2020. 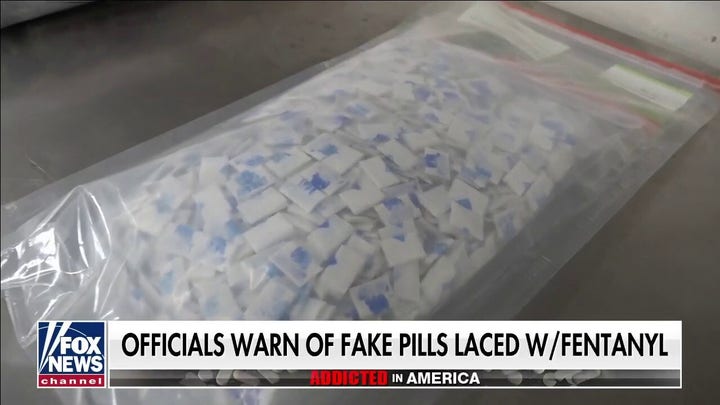 In its statement, CBP noted that compared to December, the border numbers had dropped 14% and drug seizures by 1%, but that fentanyl seizures were up 57%.

"CBP’s January Monthly Operational Update shows migratory flows decreased in January, with CBP personnel encountering 14 percent fewer individuals along the Southwest border than December. Most encounters in January were of single adults and a majority were expelled under Title 42," said CBP Commissioner Chris Magnus in a statement.

"Overall illegal narcotic seizures decreased, though there was a substantial increase of fentanyl interdictions. CBP continues to take important steps to improve our ability to interdict narcotics and keep dangerous drugs off our streets," he said."

The numbers of migrants at the border are likely to be of continued concern to CBP, given that January is typically a slow month for migrant crossings and comes as FY 2022's numbers continues to outpace FY 2021.