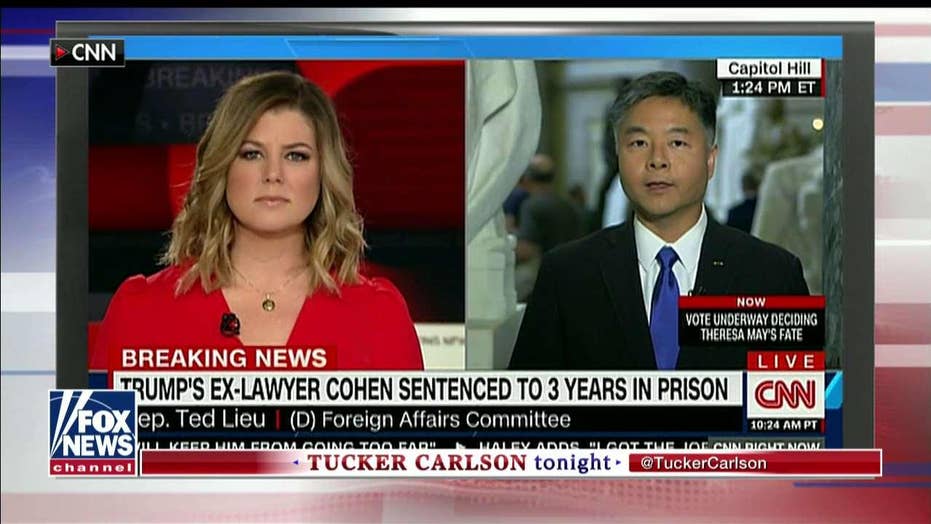 California Democrat Ted Lieu bemoaned on Wednesday that though he would “love to be able to regulate the content of speech,” including that on Fox News, he can’t do it because of the U.S. Constitution.

Lieu made the comments during an interview about the testimony of Google CEO Sundar Pichai at a House Judiciary Committee hearing, where he dismissed the allegations that the tech giant amplifies negative stories about Republican lawmakers, saying “if you want positive search results, do positive things."

CNN host Brianna Keilar praised Lieu for his performance but asked whether other Democrats should have used the committee to press Google on conspiracy theories that spread on their platforms.

“It's a very good point you make. I would love if I could have more than five minutes to question witnesses. Unfortunately, I don't get that opportunity,” Lieu said of the committee hearings.

Lieu added that private companies should self-regulate their platforms and said the government shouldn’t interfere.

After his remarks aired, Lieu came under fire on social media, prompting him to go on a Twitter spree to clarify his views, including that he would like to regulate Fox News.

One Twitter user had accused him of being “a poster child for the tyranny.”

Lieu insisted that he’s actually defending the First Amendment rather than showing his desire to regulate speech.

“My whole point is that government officials always want to regulate speech, see e.g. the Republican Judiciary hearing alleging Google is biased against Republicans,” he wrote in another tweet. “But thank goodness the First Amendment prevents me, @POTUS and Republicans from doing so.”

“I agree there are serious issues, but the speech issues are protected by the First Amendment,” the Democrat added. “Would I like to regulate Fox News? Yes, but I can't because the First Amendment stops me. And that's ultimately a good thing in the long run.”

Lieu has become somewhat a foe of President Trump following his election, often taking to social media to throw jabs at the president.

He’s among the Democrats who’s been flirting with the idea of impeaching Trump over the perceived collusion between Russia and the campaign. He also tried to kick-start earlier this year the impeachment process of Supreme Court Justice Brett Kavanaugh.

Lieu also raised eyebrows in summer after playing on House floor an audio recording of the crying migrant children separated from their families as part of the Trump administration’s “zero-tolerance policy.”

Last year, Lieu was slammed for walking out of a moment of silence for victims of a mass shooting at a Texas church.