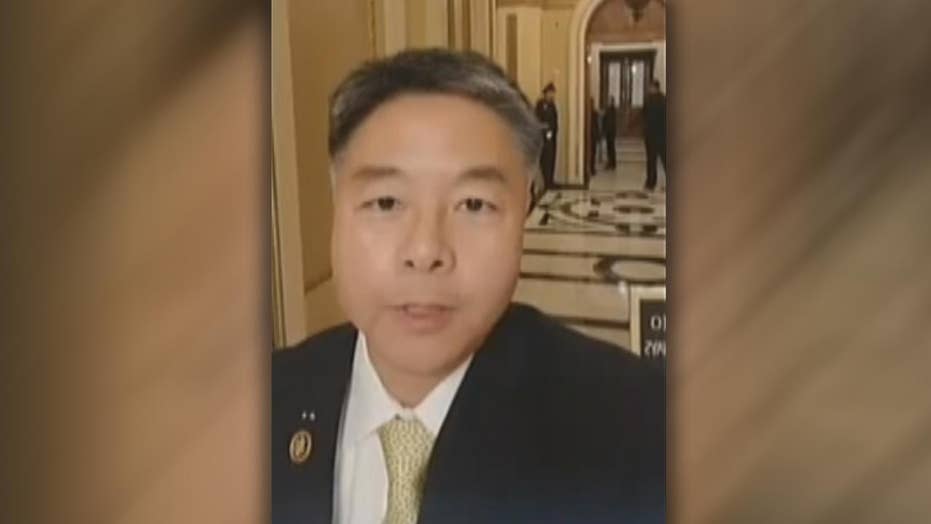 Dem lawmaker explains walk out of 'moment' for Texas victims

California Rep. Ted Lieu says he will not remain silent, 'we need action.'

A junior Democratic congressman walked out of a moment of silence Monday night for victims of this weekend's mass shooting at a Texas church.

In a video posted to Facebook Monday evening, California Rep. Ted Lieu said that he would not join his colleagues who were observing the moment of silence in the chambers of the House of Representatives.

"I can’t do this again; I’ve been to too many moments of silences," Lieu said in the video. "In just my short period in Congress, three of the worst mass shootings in U.S. history have occurred. I will not be silent.”

"I urge us to pass reasonable gun safety legislation, including a universal background check law supported by 80 percent of Americans, a ban on assault rifles and a ban on bump stocks,” Lieu added.

Lieu has been active on social media since the shooting.

"My thoughts and prayers are with the victims and families affected by the mass shooting in Sutherland Springs," he posted on Twitter Sunday.

But just two hours later, after some of his followers objected to the measured nature of the tweet, Lieu unloaded on the National Rifle Association.

"I agree my prior tweet could be better," Lieu tweeted. "So here: I pray for the victims in TX. Also, screw the @NRA & can you help Dems take back the House."