All eyes are on North Carolina Democratic Senate candidate Cal Cunningham after he reportedly pulled out of a town hall event on Monday following the publication of steamy text messages between the candidate and a woman who is not his wife.

The news of Cunningham backing out of the town hall comes hours after another affair allegation against Cunningham surfaced Monday, this time from a woman claiming her friend has been having an affair with Cunningham since 2012.

Cunningham, who is married, apologized on Friday after the website NationalFile.com published steamy text messages between the candidate and a public relations strategist named Arlene Guzman Todd. The allegation that surfaced Monday purports to involve a second woman.

The second allegation hinges on a claim from Erin Brinkman, who appears to be a Los Angeles-based lawyer who served on Cunningham's state Senate steering committee from 2009 to 2010, according to the LinkedIn profile of a woman with the same name.

“He’s been having an affair with a good friend of mine since 2012. Not the woman mentioned in the story. Needless to say, my friend was devastated. But my feeling is, if they’ll cheat WITH you, they’ll cheat ON you!" reads a screengrab of a Facebook comment written by Erin Brinkman that was published by NationalFile.com on Monday.

Cunningham, who has led in polls throughout the summer and raked in a record-setting $28.3 million in donations over the past three months, apologized Friday for the romantic text messages that he sent.

Screenshots of the messages show Cunningham told Guzman Todd “Would make my day to roll over and kiss you about now,” to which she replies, “You’re so sweet. I would enjoy that.”

Another shows Guzman Todd tell Cunningham, “the only thing I want on my to do list is you,” to which Cunningham replies, “Sounds so hot and so fun!”

“I have hurt my family, disappointed my friends, and am deeply sorry," Cunningham, who is married with two teenage children, said in a statement late Friday. "The first step in repairing those relationships is taking complete responsibility, which I do."

Fox News' inquiries to Cunningham's campaign and Brinkman were not returned at the time of publication. Fox News' inquiry to the North Carolina Democratic Party was also not immediately returned. 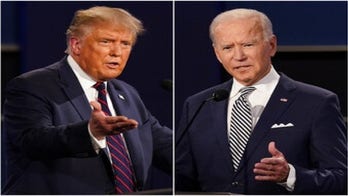 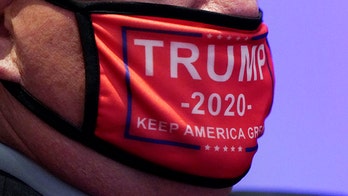 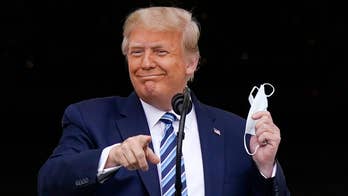 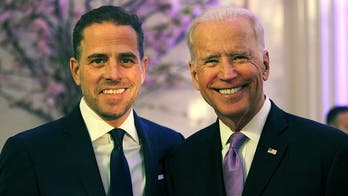