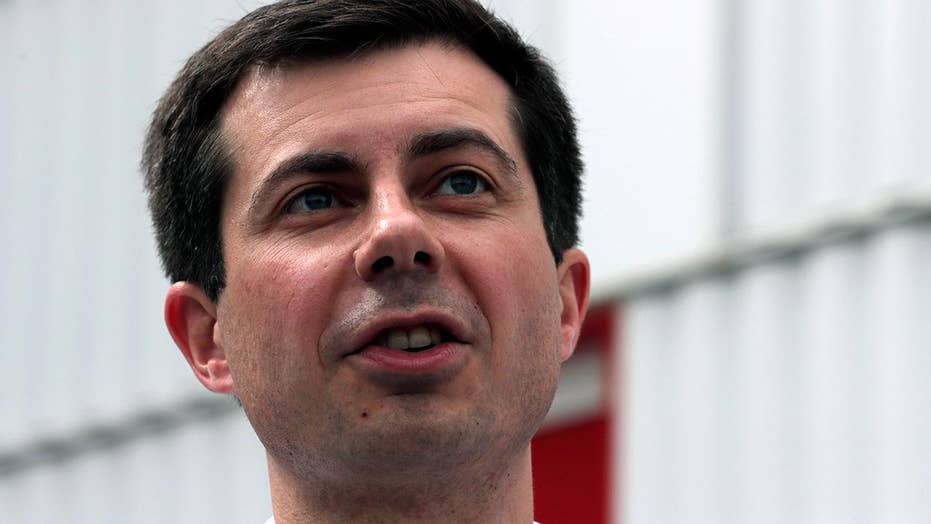 Democratic presidential hopeful Pete Buttigieg took exception to President Trump’s “Make America Great Again” campaign slogan at a rally on Monday -- saying the “past he is promising to return us to was never as great as advertised.”

“Our current president targeted with a message saying that we could find greatness by just stopping the clock and turning it back and making America great again,” Buttigieg said at a campaign rally in South Carolina. “That past that he is promising the return us to was never as great as advertised, especially for marginalized Americans.”

Buttigieg's comments, though, could cause some political turbulence, seeming to echo similar remarks by New York Gov. Andrew Cuomo last year which he eventually had to walk back.

“We’re not going to make America great again. It was never that great,” Cuomo said during a speech in 2018 that drew criticism.

“The Governor believes America is great and that her full greatness will be fully realized when every man, woman, and child has full equality. America has not yet reached its maximum potential,” Cuomo's press secretary, Dani Lever, said in a statement at the time that was intended to clarify Cuomo’s message.

“When the President speaks about making America great again - going back in time - he ignores the pain so many endured and that we suffered from slavery, discrimination, segregation, sexism, and marginalized women's contributions. The Governor believes that when everyone is fully included and everyone is contributing to their maximum potential, that is when America will achieve maximum greatness.”

Buttigieg’s statements echo his 2020 political agenda, which includes support for the Federal Inequality Act, a government initiative to implement protections for the LGBTQ community from discrimination as well as provisions to create a pathway to citizenship for Dreamers.

Buttigieg, who would be the first openly gay president if elected, is also against Trump’s ban that prevents transgender Americans from serving in the military.