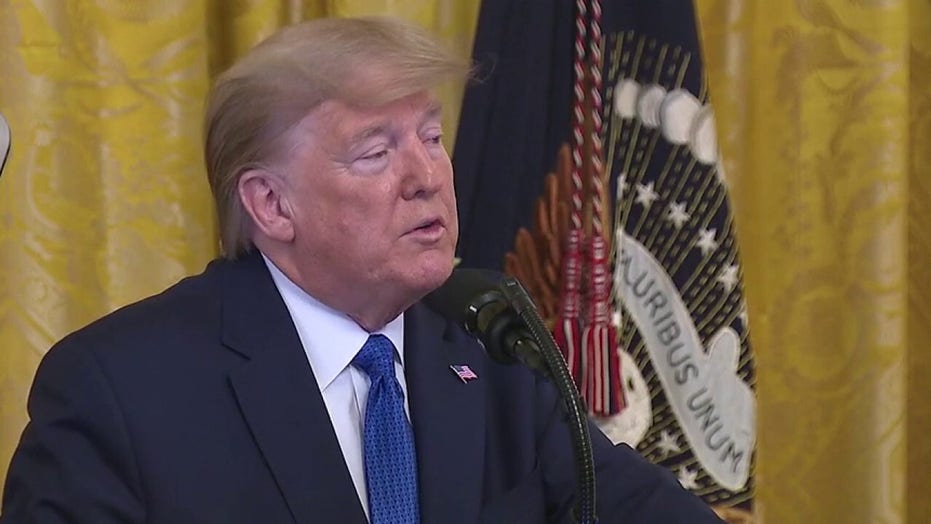 Former National Security Adviser John Bolton’s forthcoming memoir claims President Trump’s "transgressions" went well beyond the Ukraine saga that led to his impeachment and alleges that “reelection calculations” drove the president's major decisions, according to a press release for the book.

“This is the book Donald Trump doesn’t want you to read,” the press release for “The Room Where It Happened: A White House Memoir,” says. The book is slated to be released June 23.

“Drawn from his personal participation in key events, and filled with perspective and humor, Bolton covers an array of topics—chaos in the White House, sure, but also assessments of major players, the President’s inconsistent, scattershot decision-making process, and his dealings with allies and enemies alike, from China, Russia, Ukraine, North Korea, Iran, the UK, France and Germany,” the publisher statement says.

The release includes a small but scathing excerpt from the highly anticipated memoir, written by an official involved in key decisions and known to take diligent notes.

“I am hard-pressed to identify any significant Trump decision during my tenure that wasn’t driven by reelection calculations,” Bolton says in the passage.

A figure whose insight was sought by Democrats during impeachment proceedings -- to little avail -- Bolton, through his publisher, appears to tease damaging information about the president on the foreign policy front, without getting into specifics just yet.

The release says Bolton will argue that the House “committed impeachment malpractice by keeping their prosecution focused narrowly on Ukraine when Trump’s Ukraine-like transgressions existed across the full range of his foreign policy—and Bolton documents exactly what those were, and attempts by him and others in the Administration to raise alarms about them. ”

In an excerpt obtained by Axios, Bolton also describes the “daunting challenge” of fighting Trump to get his memoir published.

“Trump behaved typically, directing the seizure and withholding of my advisors’ personal and other unclassified documents, despite numerous requests for their return; obstructing my Twitter account; and making outright threats of censorship,” Bolton writes in the excerpt. “His reaction thus ranged from the mean-spirited to the constitutionally impermissible.” 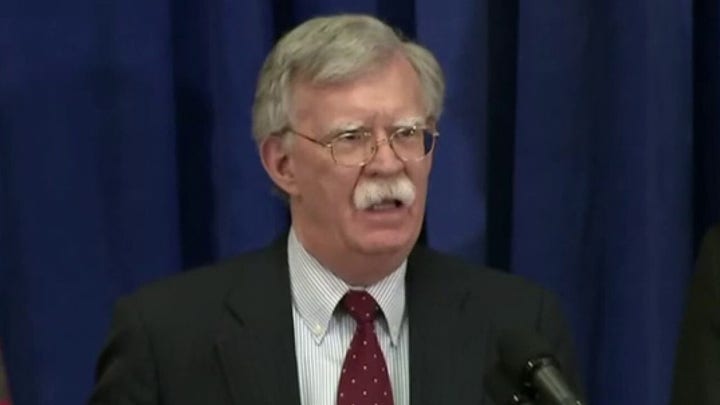 The White House did not immediately respond to Fox News' request for comment on Bolton's forthcoming book.

Bolton, last year, took a two-month hiatus from Twitter and, upon his return, accused the White House of blocking access to his account after his resignation in September—though the president denied involvement.

"[S]ince resigning as National Security Advisor, the @WhiteHouse refused to return access to my personal Twitter account. Out of fear of what I may say? To those who speculated I went into hiding, I’m sorry to disappoint!" he tweeted on Nov. 22, 2019.

“No, of course not,” Trump said during a “Fox & Friends” interview. “I had a good relationship with John.”

Meanwhile, Bolton was invited by Democrats to appear for a deposition as part of the impeachment investigation last year in the House, but did not attend.

Dr. Fiona Hill testified that Bolton said Trump’s personal attorney Rudy Giuliani was a “hand grenade,” and said he would not take part in “whatever drug deal [Amb. Gordon] Sondland and [acting chief of staff Mick] Mulvaney are cooking up.”

"Ambassador Bolton was not interested in having--did not want to have the call because he thought it was going to be a disaster," Taylor said in his closed-door deposition last month. "He thought that there could be some talk of investigations, or worse, on the call.”

At the center of the impeachment inquiry, which began in September, was Trump’s July 25 phone call with Kiev. That call prompted a whistleblower complaint to the intelligence community inspector general, and in turn, the impeachment inquiry in the House. Trump challenged the accuracy of the complaint, though the transcript released by the White House did support the core allegations that he pressed for politically related investigations concerning the Bidens.

The president’s request came after millions in U.S. military aid to Ukraine had been frozen, which Democrats and witnesses have claimed shows a "quid pro quo" arrangement. Trump denies any wrongdoing. The aid was eventually delivered.

Trump was acquitted by the Senate in February.