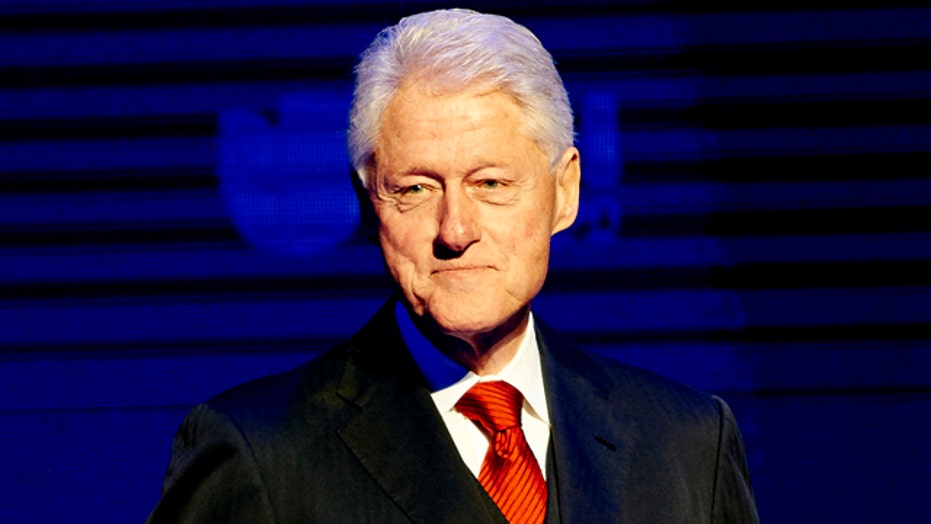 The newly released financial files on Bill and Hillary Rodham Clinton's growing fortune omit a company with no apparent employees or assets that the former president has legally used to provide consulting and other services, but which demonstrates the complexity of the family's finances.

Because the company, WJC, LLC, has no financial assets, Hillary Clinton's campaign was not obligated to report its existence in her recent financial disclosure report, officials with Bill Clinton's private office and the Clinton campaign said. They were responding to questions by The Associated Press, which reviewed corporate documents.

The officials, who spoke on condition of anonymity because they were not authorized to provide private details of the former president's finances on the record, said the entity was a "pass-through" company designed to channel payments to the former president.

Under federal ethics disclosure rules, declared candidates do not have to report assets worth less than $1,000. But the company's existence demonstrates the complexity of tracking the Clintons' finances as Hillary Clinton ramps up her presidential bid.

While Bill Clinton's lucrative speeches have provided the bulk of the couple's income, earning as much as $50 million during his wife's four-year term as secretary of state in the Obama administration, the former president has also sought to branch out into other business activities in recent years. Little is known about the exact nature and financial worth of Bill Clinton's non-speech business interests.

The identities of several U.S and foreign-based companies and foundations that Bill Clinton worked for have been disclosed in Hillary Clinton's recent financial report as well as in earlier reports during her stint as secretary of state.

Under federal disclosure rules for spouses' earned income, Hillary Clinton was only obligated to identify the source of her spouse's income and confirm that he received more than $1,000. As a result, the precise amounts of Bill Clinton's earned income from consulting have not been disclosed, and it's not known how much was routed through WJC, LLC.

WJC, LLC was set up in Delaware in 2008 and again in 2013 and in New York in 2009, according to documents obtained by The AP. The company did not appear among holdings in the Clintons' financial disclosure released last week or in previous Hillary Clinton disclosure reports between 2008 and 2013, when she resigned as secretary of state. Bill Clinton signed a document as its "authorizing person" in a corporate filing in Delaware in 2013.

A limited liability company is a commonly used business structure that provides tax advantages and limited legal protection for the assets of company owners and partners.

The purpose of Bill Clinton's U.S.-based company was not disclosed in any of the corporate filings in Delaware and New York, but State Department files recently reviewed by the AP show that WJC, LLC surfaced in emails from Bill Clinton's aides to the department's ethics officials.

None of the proposals detailed how much Bill Clinton would be paid.

While Hillary Clinton's 2011 federal disclosure report did not mention WJC, LLC, it reported that Bill Clinton received "non-employee compensation over $1,000 from Teneo," but did not disclose a more precise amount. Federal disclosure rules require the spouses of filers to disclose the identity of any income sources over $1,000, but they do not have to provide exact figures.

Pass-through, or shell, companies became an issue in the 2012 presidential campaign when Republican candidate Mitt Romney disclosed a private equity entity worth $1.9 million despite failing to report the company on his previous federal disclosure. Romney aides said the company previously held no assets but then received the $1.9 million "true up" payment -- a catch-up payment to make up for private equity fees from defunct investment advisory businesses that had not been previously paid.