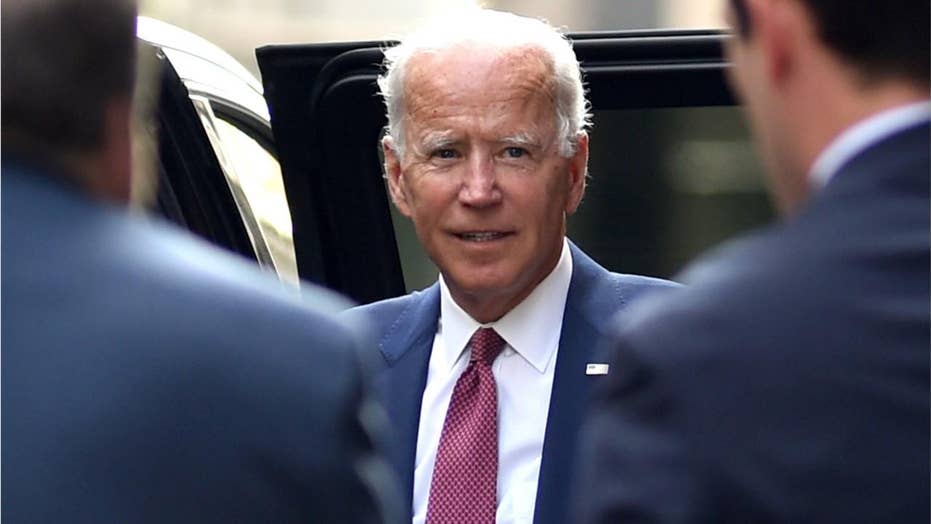 Former Vice President Joe Biden's health has been a frequent topic of conversation, with some critics even questioning his mental fitness amid a string of gaffes on the campaign trail. He'll likely face additional concern and questions after one of the 76-year-old's eyes appeared to fill with blood during a climate change town hall event.

The images quickly spread on social media and raised new questions about his health -- though a doctor who reviewed the footage said Thursday it could be indicative of a harmless condition tied to broken blood vessels.

"Mr. Biden appeared to develop a subconjunctival hemorrhage," Dr. Danielle Strauss, a board-certified ophthalmologist practicing in New York and New Jersey, told Fox News. "This is a common and harmless condition which can develop after coughing, sneezing or straining, and is more common in elderly people on blood thinners. People who develop this may not notice it until they look in the mirror or until someone else points it out."

Dr. Strauss said that the condition "is not significant to the vision" and often clears up within a week.

Biden's health has been a frequent topic of conversation, with some critics even questioning his mental fitness amid a string of gaffes, though the longtime public official has been gaffe-prone virtually his entire career.

Biden, 76, suffered two brain aneurysms in 1988 but has downplayed concerns about his health on the campaign trail.

BIDEN DEFENDS SELF WHEN PRESSED BY COLBERT ABOUT GAFFES

Dr. Neal Kassell, who treated Biden for brain aneurysms and has monitored him for brain damage since his surgeries, assured the public that Biden's brain is just fine.

“He is every bit as sharp as he was 31 years ago. I haven’t seen any change,” Kassell said in August, according to Politico. “I can tell you with absolute certainty that he had no brain damage, either from the hemorrhage or from the operations that he had."