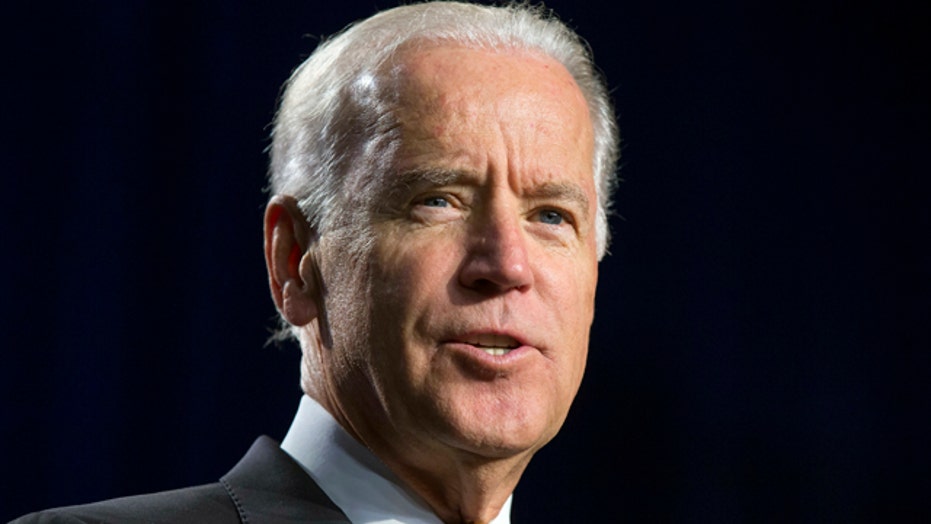 Vice President Biden acknowledged using a "poor choice of words" after referring to bankers that exploit U.S. troops as "Shylocks."

The vice president used the term during a talk Tuesday to a nonprofit that provides legal aid to those in need. But the term is considered by some to be an anti-Semitic term for Jews, and the head of the Anti-Defamation League put out a statement criticizing Biden.

"Shylock represents the medieval stereotype about Jews and remains an offensive characterization to this day. The Vice President should have been more careful," Abraham Foxman said, while still calling Biden friendly to the Jewish community.

In a statement from Biden's office on Wednesday, the VP said Foxman was right.

"Abe Foxman has been a friend and advisor of mine for a long time," the statement said. "He's correct, it was a poor choice of words, particularly as he said coming from 'someone as friendly to the Jewish community and open and tolerant an individual as is Vice President Joe Biden.' He's right."

Biden used the term when describing how his son saw fellow servicemembers in Iraq harmed by lenders.

"People would come to him and talk about what was happening to them at home in terms of foreclosures, in terms of bad loans that were being -- I mean, these Shylocks who took advantage of these women and men while overseas," Biden said.

The term "Shylock" comes from the Shakespeare play "The Merchant of Venice," and was the name for the villain, a Jewish money-lender.