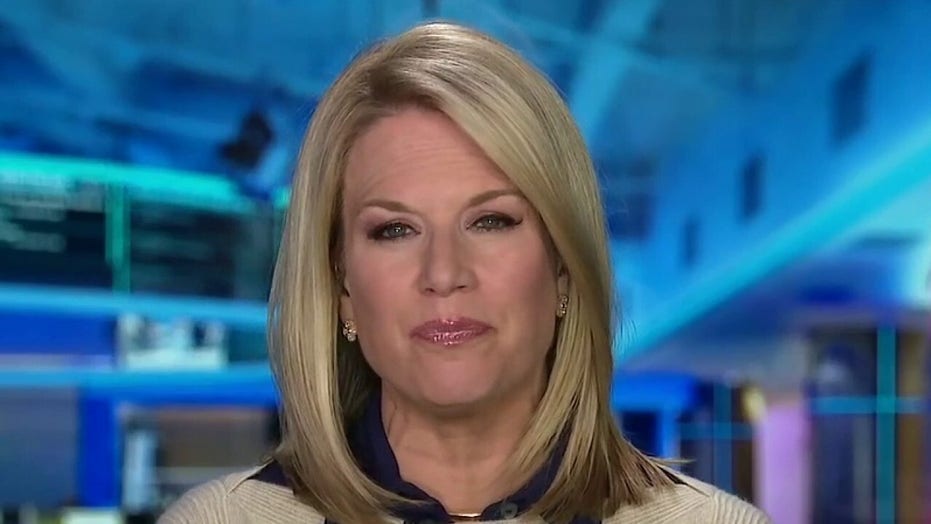 Education Secretary Betsy DeVos' new Title IX reforms for how schools and universities handle alleged sexual misconduct -- including a provision granting the accused the right to "submit, cross-examine and challenge evidence at a live hearing" -- have drawn swift condemnation from top Democrats, including Nancy Pelosi.

But the new regulations -- which include restrictions on the scope of cases colleges are required to investigate and have the force of law -- didn't initially draw a response from former Vice President Joe Biden, who now faces an allegation of sexual assault in 1993 by his former Senate staffer Tara Reade.

Late Wednesday, several hours after the new rules were announced, Biden's campaign finally issued a statement on the matter, which began: "Survivors deserve to be treated with dignity and respect, and when they step forward they should be heard, not silenced." The statement went on to argue that the new rules give colleges a "green light to ignore sexual violence and strip survivors of their rights."

“It’s wrong,” Biden said. “And, it will be put to a quick end in January 2021, because as president, I’ll be right where I always have been throughout my career — on the side of survivors, who deserve to have their voices heard, their claims taken seriously and investigated, and their rights upheld.”

Erin Perrine, Principal Deputy Communications Director for the Trump Campaign, responded: “Before Tara Reade’s assault accusations, Biden was unwavering in a presumption of guilt for the accused including Brett Kavanaugh. That presumption of guilt included the disastrous Title IX regulations under the Obama-Biden administration, making it more difficult on college campuses for the accused to receive a fair hearing and their due process rights.

In this April 4, 2019, photo Tara Reade poses for a photo during an interview with The Associated Press in Nevada City, Calif. (AP Photo/Donald Thompson)

"Does Joe still stand by his presumption of guilt for the accused – or has he set a new standard for himself in the face of his own sexual assault accusations from a former staffer?" Perrine added.

The reforms favoring the accused have put Pelosi and Biden in something of an awkward spot, however, as they simultaneously advocate for rules benefiting alleged victims, even as they argue confidently that Reade isn't telling the truth.

"If the allegation against Biden were being decided by the kind of adjudication system that he helped enshrine on college campuses, it's quite likely that he would be found guilty," wrote Reason's Robby Soave, who has spent years chronicling apparent problems with how colleges adjudicate sexual assault cases -- including the 2017 expulsion of University of Southern California student Matthew Boermeester for assault "even though the purported victim, his girlfriend, emphatically denied that he had done anything wrong."

In a separate 2014 case, according to a local news report, a “one-time, non-consensual touching" by a male who had sex with the complainant just two hours earlier, according to university documents, became the "crux of a startling Michigan State University [MSU] sexual misconduct case" that "generated a thick stack of legal documents, months of MSU administrator time, and tens of thousands of dollars in legal bills" when a complaint was filed 16 months after the episode.

FILE - In this Feb. 27, 2020, file photo, Education Secretary Betsy DeVos pauses as she testifies during a hearing of a House Appropriations Sub-Committee on the fiscal year 2021 budget on Capitol Hill in Washington. (AP Photo/Alex Brandon, File)

Prior to Reade's allegation, which she made public in March -- but after the Trump administration announced it would eliminate some of the Obama-era Title IX rules -- Biden's campaign had previously made clear that he supported a victim-favored system of adjudication.

"The Trump Administration has rolled back important protections for student survivors by rescinding the Obama-Biden Administration’s 2011 Title IX guidance," Biden's website reads. "Any backstepping on Title IX is unacceptable."

The web page continues: "The Biden Administration will restore the Title IX guidance for colleges, including the 2011 Dear Colleague letter, which outlined for schools how to fairly conduct Title IX proceedings."

That Obama administration's "Dear Colleague" letter didn't have anything to say about cross-examination except to note that the administration "strongly discourages schools from allowing the parties personally to question or cross-examine each other during the hearing."

DeVos' rules still shield alleged victims from having to come face-to-face with accusers or having to answer questions personally drafted by the accused. But they offer a new, robust guarantee for accused individuals to ask questions through a representative and to cross-examine other witnesses. 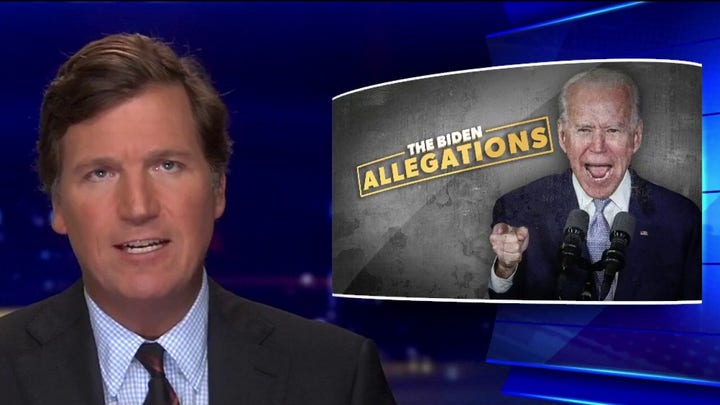 The Obama-era guidance also requires universities to probe essentially all complaints of sexual misconduct, no matter how long ago they allegedly occurred. They further require schools to maintain copious records ahead of possible complaints.

Title IX is the 1972 law barring discrimination based on sex in education; the law and DeVos’ regulation apply to the nation’s colleges and universities, along with elementary and secondary schools. Critics of Obama-era Title IX guidance say university policies are grossly unfair to the accused and disproportionately result in minority men facing discipline without a fair hearing.

The Biden campaign didn't return Fox News' request for comment Wednesday on the new reforms.  Biden's Twitter account has remarked on other matters, including the coronavirus, throughout the day.

Biden's reticence came even as Democrats and progressive groups sounded the alarm. 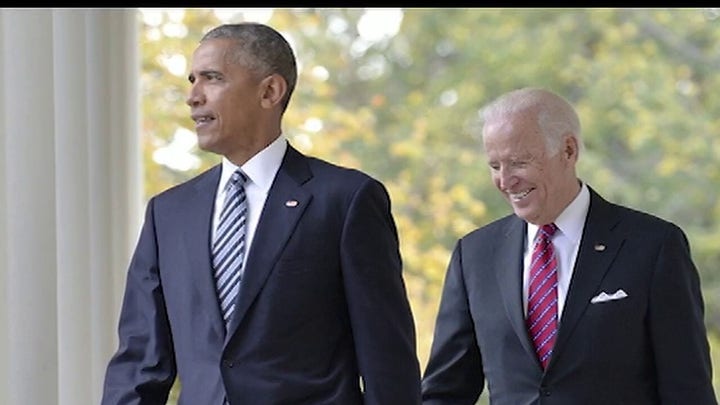 “While the department’s stated intent was to secure due process for those accused of sexual misconduct, the actual effect of its rule will be to erode protections for students, weaken accountability for schools and make it more difficult for survivors seeking redress,” he said.

Added Fatima Goss Grave, the CEO of the National Women’s Law Center: “We refuse to go back to the days when rape and harassment in schools were ignored and swept under the rug. We won’t let DeVos succeed in requiring schools to be complicit in harassment, turning Title IX from a law that protects all students into a law that protects abusers and harassers.”

Pelosi, D-Calif., largely echoed that rhetoric, saying the Education Department had wasted time finalizing an "out-of-touch rule rolling back decades of progress instead of helping students and educators weather the coronavirus crisis."

“The Trump Administration’s final rule is callous, cruel and dangerous, threatening to silence survivors and endanger vulnerable students in the middle of a public health crisis," Pelosi said Wednesday.

“Campus sexual assault is an epidemic in America, with one in four women experiencing harassment or abuse on college campuses and the coronavirus crisis creating new threats to women’s safety and challenges to seeking justice," Pelosi said. “Democrats will not stand silently as the Trump Administration attacks the civil rights of students and will fight to ensure that every college campus is free from the fear and threat of discrimination, harassment or violence.”

But speaking to reporters in various contexts, the House speaker has taken a more trusting approach toward Biden, despite his accuser's claim -- which has some contemporaneous corroboration. Pelosi and other Democrats had previously stated that Brett Kavanaugh should not sit on the Supreme Court because he was faced with an allegation without such corroboration.

"I have complete respect for the whole #MeToo movement... There's also due process and the fact that Joe Biden is Joe Biden. There's [sic] been statements from his campaign, er, not his campaign, but his former employees who ran his office, that there was never any record of this," Pelosi said.

"I am impressed with the people who worked for him at the time saying they absolutely never heard one iota of information about this, nobody ever brought forth a claim or had anybody else tell them about such a claim," Pelosi told CNN last week.

In announcing the new policy, DeVos condemned the Obama administration for adopting a “failed approach” that turned campus disciplinary panels into “kangaroo courts.”

DeVos' changes narrow the definition of sexual harassment and require colleges to investigate claims only if they're reported to certain officials. Under the new guidelines, sexual harassment must be both "severe and pervasive" – not one or the other as previously labeled – and provides that schools can be held accountable for mishandling complaints only if they acted with “deliberate indifference.” Students will be allowed to question one another through representatives during live hearings.

The regulation largely mirrors a proposal DeVos issued in November 2018 but tempers some measures that drew some of the heaviest criticism.

WHY DID BIDEN OPERATIVES ACCESS HIS U OF D RECORDS?

The earlier proposal, for example, suggested that colleges would not be required to handle complaints arising beyond campus borders, but the final rule clarifies that their duties extend to fraternity and sorority houses, along with other scenarios in which the college exercises "substantial control” over the accused student and the “context” where the alleged misconduct occurred.

DeVos also clarified for the first time that dating violence, stalking and domestic violence also must be addressed under Title IX, and she added new language ordering schools to provide special support for victims regardless of whether they file a formal complaint.

The changes take effect Aug. 14. The Education Department finalized them after reviewing more than 120,000 public comments submitted in response to DeVos' proposal.

Fox News' Pat Ward, Andrew O'Reilly, and The Associated Press contributed to this report. This article was updated post-publication when Biden's campaign issued a statement.