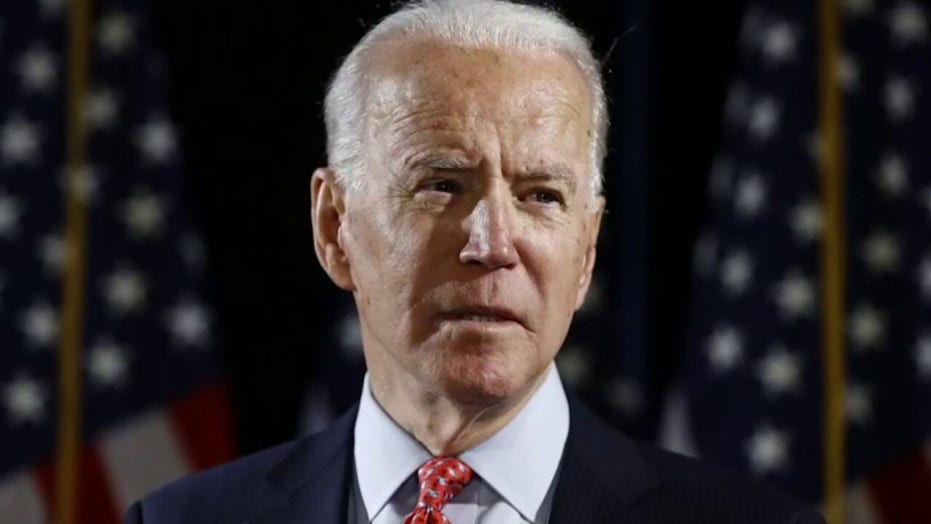 Joe's Biden's campaign dispatched operatives to the University of Delaware's library in the past year to rifle through his secretive Senate records there, Business Insider reported Thursday -- raising the possibility they accessed documents related to Tara Reade's accusation that he sexually assaulted her when she worked for him in 1993.

The development comes as both The Atlantic and The Washington Post argued that Biden should instruct the university to turn over the records, saying they "could contain confirmation of any complaint Ms. Reade made, either through official congressional channels or to the three other employees she claims she informed not specifically of the alleged assault but more generally of harassment."

Biden dropped off 1,875 boxes of “photographs, documents, videotapes, and files” and 415 gigabytes of electronic records to the University of Delaware in 2012. The university initially said it expected to make the records “available to the public two years after Biden’s last day in elected public office.” In April 2019, just hours before Biden announced his current presidential bid, the university changed its mind, and said the papers wouldn't be released until either December 31, 2019, or until two years after Biden “retires from public life,” whichever comes later.

Biden campaign officials "rifled through" the documents on "at least one occasion," Business Insider reported, citing a statement from University spokeswoman Andrea Boyle Tippett. The campaign's visit to the library came some point after Biden announced his presidential campaign in April 2019 -- but before "mid-March" 2020, when the library closed due to the coronavirus. No one from the Biden team has visited since the closure, Tippett claimed.

The university did not return Fox News' request for comment Thursday.

Reade made her explosive public claim that Biden sexually harassed her on March 25, but in the past year, Reade and several other women have accused Biden of inappropriate touching. Biden has also been caught on camera touching young girls and making them visibly uncomfortable.

Fox News reported on Thursday that numerous top officials on the board of the University of Delaware, which is refusing to release Biden's Senate records despite an earlier promise to do so, have close personal and financial ties to the former vice president -- and the chairman of the board even bought Biden's house in 1996 for $1.2 million, reportedly a "top dollar" price given its condition.

The current chairman of the board at the University of Delaware, John Cochran, is a longtime Biden donor and former CEO of MBNA.

In a January 1998 American Spectator article headlined "The Senator from MBNA," columnist Byron York recounted how Cochran, then MBNA's vice chairman, paid "top dollar" for Biden's home in February 1996, just prior to his Senate re-election bid, and that "MBNA gave Cochran a lot of money—$330,000—to help with 'expenses' related to the move."

The $1.2 million sale was a "pretty darned good deal for Biden," York wrote, noting that "Cochran simply paid Biden’s full asking price" even though the "house needed quite a bit of work; contractors and their trucks descended on the house for months after the purchase."

Shortly after the house sale, Biden's son Hunter was hired on at MBNA. Rachel Mullen, a former senior personal banking officer at MBNA from 1994-2001 who later went into Republican politics, tweeted that managers referred to the younger Biden as "Senator MBNA" after he was hired into a lucrative management-prep track right after he graduated from Yale Law School.

As Hunter cashed the checks, Biden was pushing successfully on the Senate floor for legislation that would make it harder for consumers to file for bankruptcy protection -- benefiting companies like MBNA. In a contemporaneous interview, Tom Brokaw asked the elder Biden whether it was "inappropriate" for the then senator to have his son "collecting money from this big credit card company while you were on the [Senate] floor protecting its interests."

Further, at least seven other members of the University of Delaware's board of trustees have donated to Biden's political campaigns -- including a former Biden senior counsel from the Senate, as well as the state's governor and other senior officials.

Terri Kelly, the former president and CEO Of W.L. Gore & Associates, has served on the university's board of trustees since 2014 -- and donated the maximum legal amount to Biden in 2019.

Carol Ammon, who has been on the board since 2013, has given more than $10,000 to Biden's campaign and affiliated PACs, federal election records show.

John Paradee, a lawyer, joined the board in 2018. He has also donated heavily to Biden.

John Carney, the state's governor and another board member, has also donated more than $1,000 to Biden.

Claire DeMatteis served as counsel to Biden. Since 2001, she has given over $16,000 to Democratic PACs, including Biden's, called Unite Our States.

Chai Gadde, a CEO, has donated thousands to Biden.

William Lafferty, a partner at a Delaware law firm who serves on the board as well, has also given more than $2,500 Biden's campaign.

Despite some outlets calling for the release of the records held by these board members, Senate Democrats and media outlets have been mostly silent on Reade's claims, even though they called for an immediate FBI investigation into claims against then-Supreme Court nominee Brett Kavanaugh in 2018. Reade, however, has presented substantially more corroborating evidence than Kavanaugh's accuser, Christine Blasey Ford.

Biden himself hasn't addressed the allegation against him, and no one in the media has asked him about it during interviews. Representatives for Biden's campaign have denied the allegations, even as some Democrats have urged Biden to address the matter himself.

Biden's team has indicated he will address the accusations in-person on Friday.