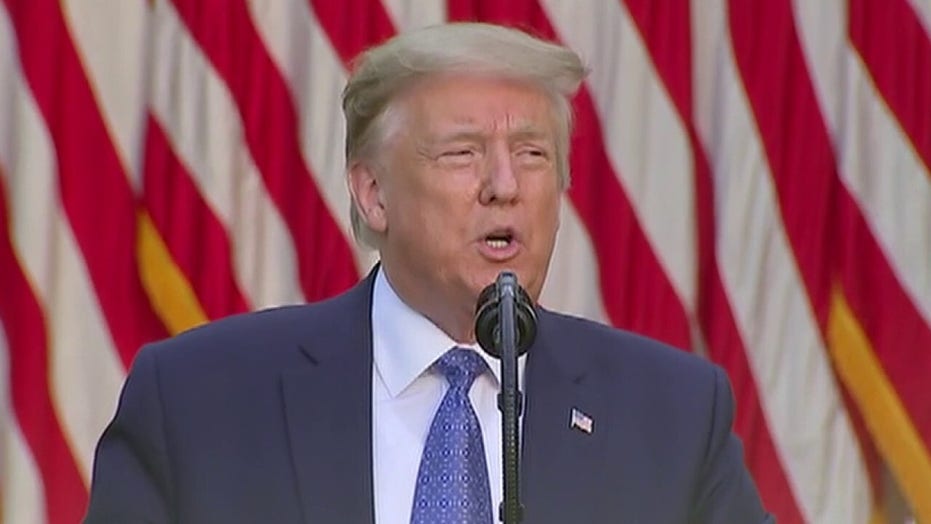 Kristin Fisher reports from the White House on the president's Rose Garden remarks and visit to the historic D.C. church burned in the riots.

Joe Biden used an appearance on a late-night comedy show Wednesday to address a popular topic of speculation among Democrats: Would President Trump peacefully give up power if he loses November’s election?

If Trump doesn’t, Biden told host Trevor Noah of Comedy Central’s “The Daily Show,” then he’s “absolutely convinced” the U.S. military would step in to assure a transition to a new president.

“I promise you,” Biden told Noah, “I am absolutely convinced they will escort him from the White House with great dispatch.”

“I promise you, I am absolutely convinced they will escort [Trump] from the White House with great dispatch.”

Biden’s confidence may have been bolstered in recent days by the number of military figures who’ve spoken out publicly against the president after peaceful protesters were forcefully removed from the Lafayette Square area, near the White House, to clear a path so Trump and his entourage could safely walk to nearby St. John’s Episcopal Church, which was partially damaged during the unrest over the death of George Floyd.

Trump has also proposed the idea of deploying U.S. military personnel to quell riots around the nation. 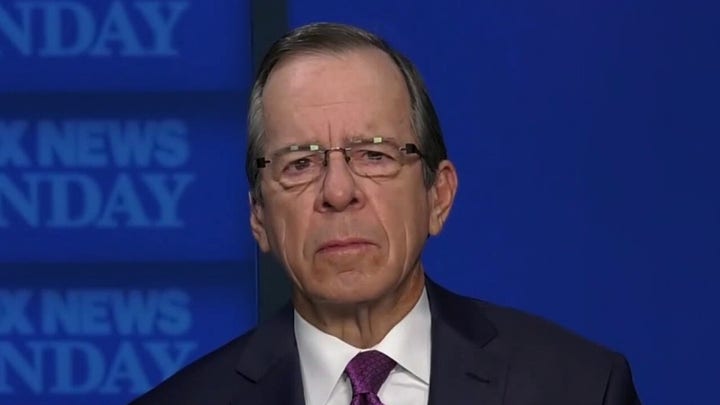 In addition, Biden told Noah, there have been “so many rank-and-file military personnel saying, ‘Whoa, we’re not a military state. This is not who we are.’”

Trump has dismissed the military criticism, referring to Mattis in a Twitter message as “the world’s most overrated General.”

The president also has frequently had fun with the Democrats’ worries about whether he would leave office, often joking about serving multiple terms beyond the two allowed under the Constitution’s 22nd Amendment, which was ratified in 1951 in reaction to Democratic President Franklin Roosevelt being elected to four terms. (Roosevelt died in 1945 before he could complete his fourth term.)

“Maybe if we really like it a lot -- and if things keep going like they're going -- we'll go and we'll do what we have to do,” Trump cracked during a rally in Pennsylvania in May 2019. “We'll do a three and a four and a five.”